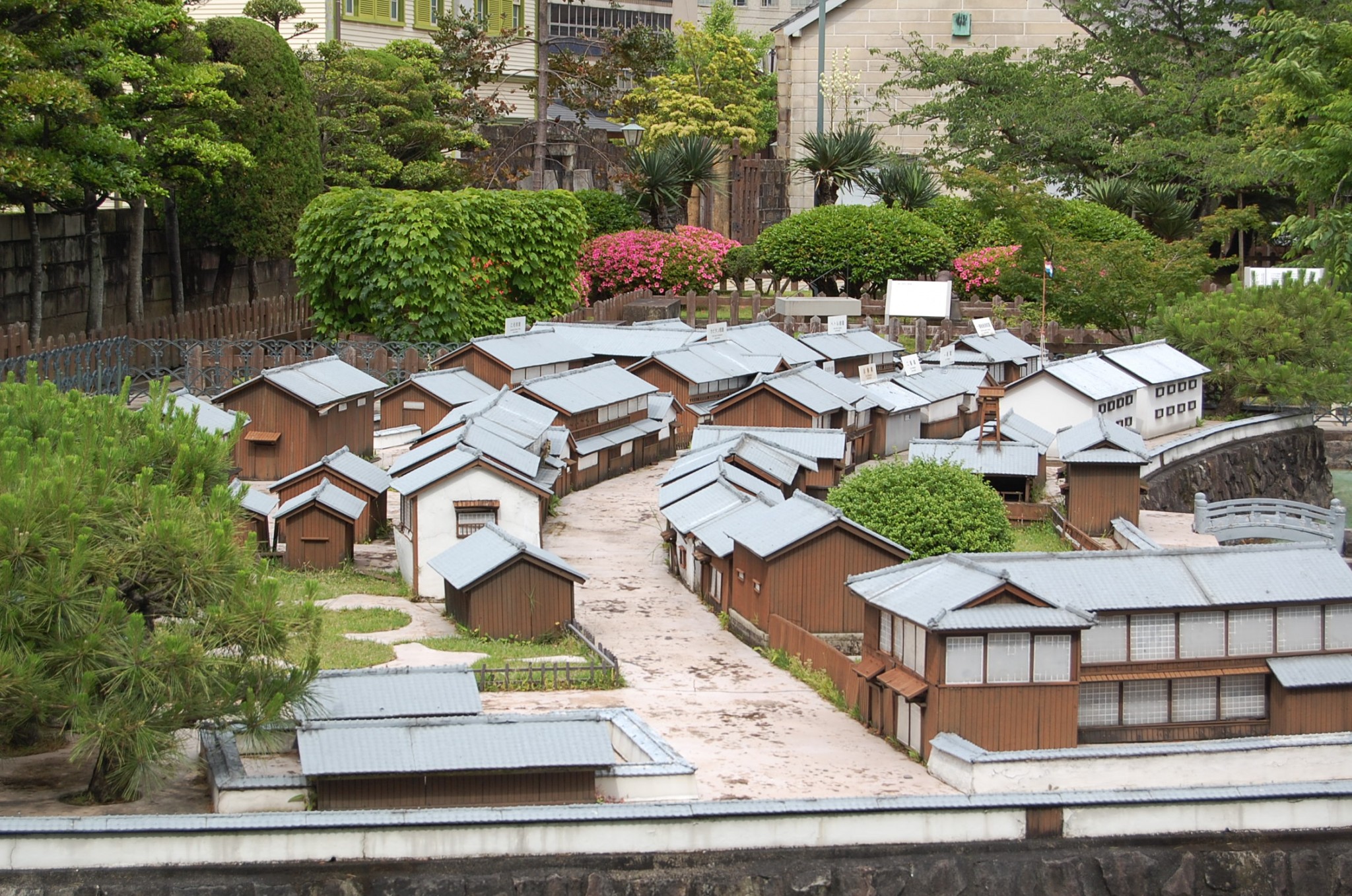 Dejima – an In-land island in the heart of Nagasaki

Did you know that in Japan there are islands that are not in the sea? We invite you to travel all the way to the south-west of Japan, specifically to Nagasaki city; and discover the history behind Dejima island, one of the more curious spots that make this city unique.

Dejima was built in the outskirts of Nagasaki bay in 1634; this little piece of land shaped as a fan was built by digging a canal through a small peninsula. This was a way to go around the sakoku, that literally means “closed country”, in the Edo period.

Historically speaking, Dejima was an artificial island that was made to support the interests of the local merchants, and unexpectedly, play an important role in the more than 200 years of self-imposed isolationist policy of Japan; as it was the only port in all the country which remained open and sustained direct trade and exchange with the rest of the world.

This island is by itself a curiosity, because of the unsuspected balance and tolerance reached in this time period inside this little piece of land. With time and having seen the benefits of the cultural exchange, the foreigners were allowed once a year to assist and later even take part in the festivities at the Suwa-Shrine; giving birth to the multicultural Nagasaki Kunchi festival.

Japanese art, silks and crafts were known all over the world for their beauty. On the Japanese side, thanks to Dejima existence, Japan was introduced to modern medicine, arts and skills like piano, photography and glass blowing; sports, badminton and billiards; military science and astronomy. It became known all through Japan as a center of “Dutch studies” for many samurai. Many Samurai were send to Dejima to be introduced to European Military Arts. 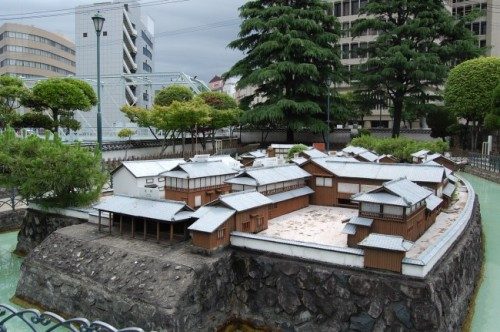 A scale model of the Island can be seen in the inner gardens of Dejima reconstructed site.

Luckily for everyone, in modern times Dejima was reconstructed into the city, making this site the only inland island in Japan, figuratively speaking. Since 1922, the Dejima Dutch Trading Post was designated a Japanese national historic site, and the restoration project of the former Dutch Trading Post is still ongoing, scheduled to be completed in the year 2017. The restoration will recover the original view of the place and open the front gate over a bridge crossing the Nakashima River. 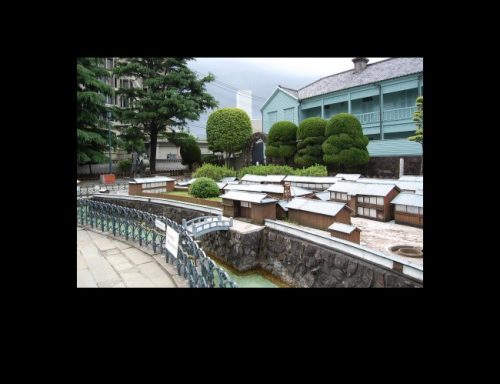 For now, it certainly saves tourists the trouble of going to the open sea to be able to enjoy the view of a living piece of history. By remaining in the heart of the city it allows the visitors to enjoy the culture, the shopping and to unveil a little of the mystery that Japan has always been in the eyes of the world. 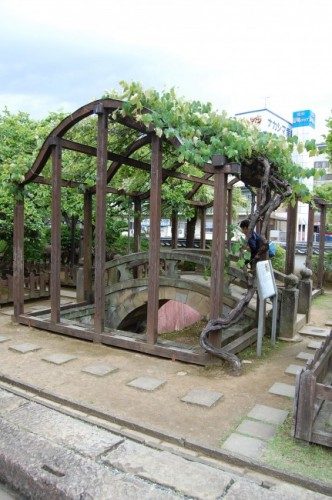 This little bridge inside the garden of Dejima, is a great spot to take pictures. 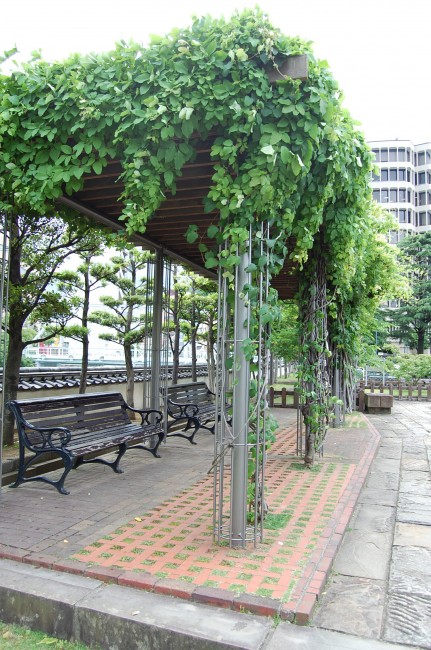 One of the resting areas in Dejima.

A big and useful tip (one popular with local teenagers) is that if you are sightseeing in the area, go to Dejima to take a breath; because even in the scorching summer, it is one of the places with a pleasant breeze and available seats to enjoy the shade. Take some pictures in the gardens and enjoy a bit of culture in the existing exhibitions. 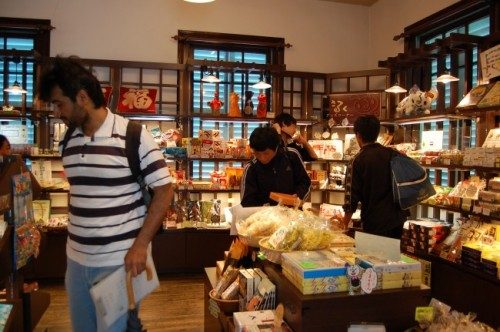 Before departing, don´t forget to go to the charming little souvenir shop located near the east gate of the site. The building has a resting area with seats and vending machines, and inside the shop you can choose from a wide range selection of sweets, local delicacies, small trinkets, and some truly unique keepsakes made exclusively for Dejima. It´s a great spot to do some last minute shopping, and buy some typical mementos of Nagasaki city to take home with you.

One of the things that make Nagasaki City hospitality great is the amiability to the common tourist, and the attention to details. Dejima has a “Barrier-Free Course” by both the east and west gates, giving the chance to do some sightseeing in a circuit of ramps which gives easy access for senior citizens, wheelchair users, or families bringing a pram.

These are the many reasons why if you plan to visit Nagasaki City we invite you to go and take a look at Dejima. Don´t miss out on the chance to take great pictures and dress up in Edo period attire with the tour guides. Recently a “Kimono Experience Tour” has become available (1000 yen) that seems to include dressing up in a beautiful kimono garment and walking the main street of Dejima historical site for 30 minutes. 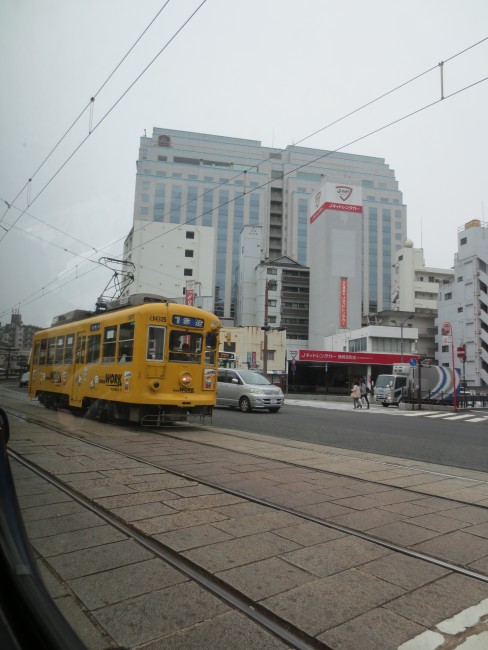 For fast access you can take (outer area of the Nagasaki City Station) the street car #1 (blue line). South-bound to Shokakuji-shita, get off at the Dejima Tram stop; from there just cross the street to the west gate, where the ticket booth is located.

If you wish to know more details about special season events, book a tour or check the scheduled holidays; here is the English version of the official site:http://nagasakidejima.jp/en/

We hope that this article has provided you with useful information, piqued your curiosity, or at least helped you to enjoy your visit to one of the most fantastic cities in Japan. Feel free to leave a comment and share your experiences with us bellow.