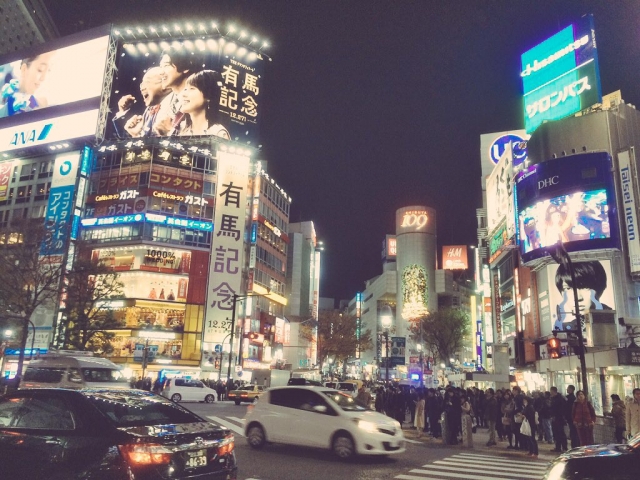 Expensive, is a feeling many foreigners when thinking of Japan. Tokyo has beyond doubt established itself amongst the most famous capitals of the world as an global center of culture, art, design, fashion, cuisine and music without neglecting business and its role in one of the strongest economies in the world. Combined with a high standard of living and high salaries, these factors make this feeling seems fair.

Part of this feeling was fueled by the so-called bubble economy experienced during the ‘90s, which certainly put the Japanese capital among the three most expensive cities on this planet. Times have changed nowadays, and although you can still find luxury items (for example, exquisite fruits at exorbitant prices), a more accessible and passable world exists there, without losing quality or the enjoyment of your trip to Japan. Here I will discuss some tips that I have used to make my experience cheaper.

Let’s start with accommodation. The most economic options are business hotels, hostels and capsule hotels (we’ll exclude couch-surfing for a future article, as it requires special attention). Small rooms with double beds and private bathrooms are offered in business hotels, which is an option designed for small local entrepreneurs who make brief visits on a budget. You can find similar settings in hostels, although most of them always share showers. Usually, these accommodations have single beds in shared rooms that fit 6 to 12 people, and provide a private locker to store your belongings.

The capsule hotels also have shared areas (coffee shop, lobby, restrooms and showers) but the dormitories, usually separated by gender, offer individual cubicles of a reduced size, comfortable and well-equipped, but not exactly meant for claustrophobic people. Remember that if you opt for more central districts, you will be paying a premium for the exclusive location. So if your goal is to save money at all costs, look for accommodation in the areas that lie outside the central districts.

Food is a fundamental part of the Japanese experience. Notably, as a form of social amalgamation, the Japanese consider dining out with friends or co-workers something normal and often, and not only on the weekend. This makes dinners considerably more expensive than lunch (almost 50% in comparison, particularly for beverages). Without resorting to fast food constantly (although there are highly recommended Japanese versions of the classic burger chains) to save on your meals, many establishments offer a lot of different menus at a fixed price in colorful signs posted on the doors of their premises, which will help you to decide what to eat and how much to spend before you even sit down. For free drinks, there’s usually fresh water or even tea, but you can always wait after eating (very healthy habit that benefits digestion) and buy a drink at one of the many vending machines all over the cities.

One important thing to consider: there’s a consumption tax of 8%, so at the time to pay a bill, maybe there’s a difference with the price stated in the display window so it’s good to know the reason why. When you make purchases, you will be charged this tax at almost every business, unless stated somewhere that such tax is included in the final price of the product or service. You might find square, blue and white posters in the larger stores that say, TAX FREE but don’t be tricked, sometimes the tax still applies unless your purchases exceed 10,000 yen, or you must present your passport showing that you are a tourist and not a resident of the country.

When traveling within cities and across them, you can get either daily, round or weekly train passes, but which one to purchase will depend on how well you organize your trip and what places you want to visit during your stay. My way to plan how much to spend on traveling within cities is using Google Maps. When you look for Directions, the website will indicate walking distance (to see if it’s within your means) from your point of origin to your destination. If it’s not possible, use public transport (avoiding using the taxi in Japan because it’s extremely expensive). The good thing is that in cities like Tokyo, several subway lines (underground or city rail) go through similar areas and neighborhoods, and sometimes, the prices of these different lines vary. Therefore, perhaps by walking just a few blocks more, you can save a percentage of the passage that you would have paid using the most direct and rapid line. If you happen to be of the most athletic kind, several hotels and hostels rent out bikes. So if you organize your journey properly, it could be an ideal option for exploring the streets (and roads) of any city.

To move between cities, the beautiful bullet trains are a quick and convenient option, but at a high price. If you are willing to pay the difference, then you’ll have a unique experience. But if you not willing, I recommend using the night buses that interconnect with many cities. It also allows you to save that night (during which you travel) in accommodations. Such buses stop several times so people can go out to the restroom or buy snacks, and if you’re lucky, some of them will have free Wi-Fi service too. Such passages can be bought outside the central stations in each city, but it’s better to book them online if you know in advance that there will be a lot of tourists like yourself.

As I said before, Japan and Tokyo in particular seems to be extremely expensive, and perhaps for some of its residents it is. But for tourists prepared and willing to make small concessions that do not threaten the overall enjoyment of the trip, it does not have to be. My last tip is a little spiritual: spend on experiences, tickets to places, events, shows, and things you won’t find anywhere else. Material things come and go, memories will stay!