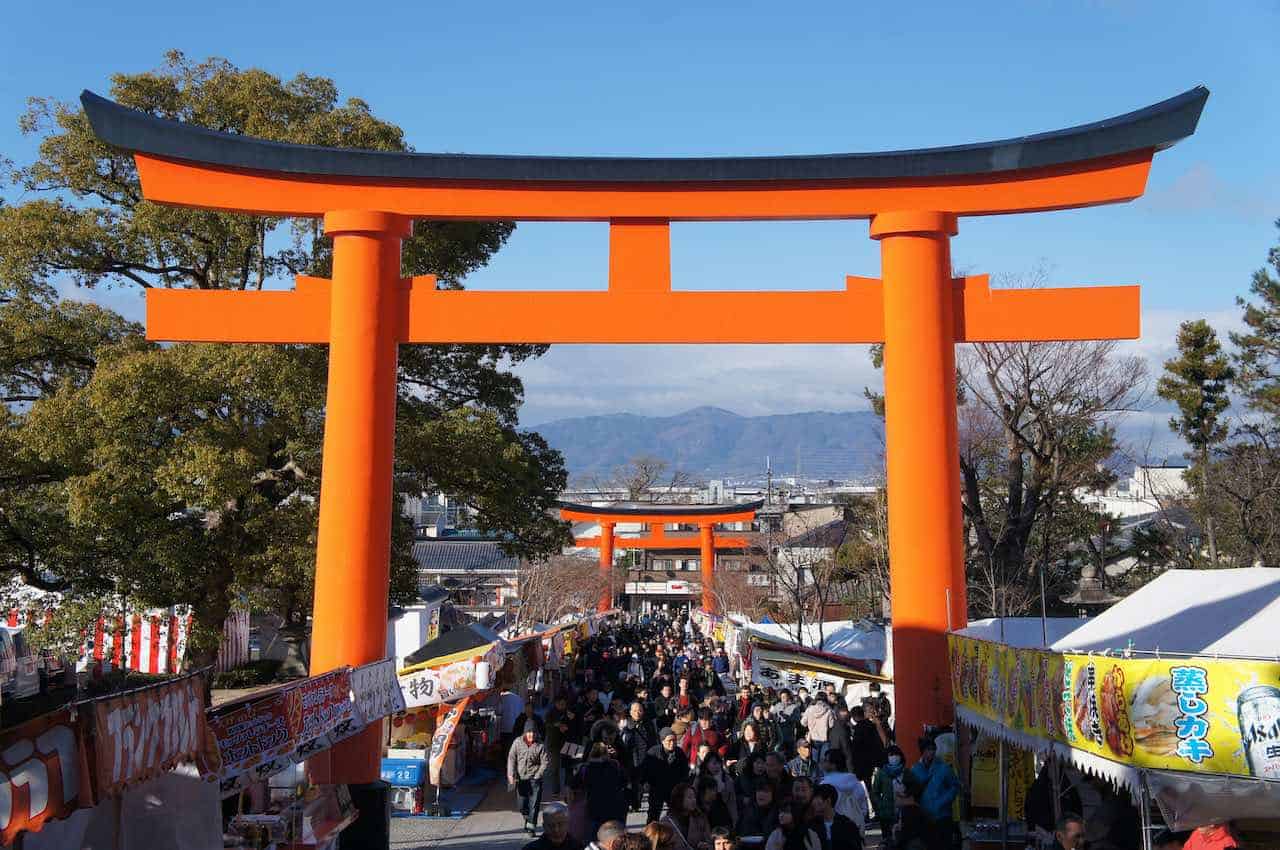 National Holidays in Japan: When are they and when is the best time for me to visit Japan?

One of the most common stereotypes we have of Japan is that Japanese people work all the time and have very little time off. This is partly true: work shifts are often very long, and paid vacations are fairly limited. However, things are significantly different when it comes to Japanese national holidays.

The calendar of a country reflects the civilization and traditions of its people: calendars derive from an idea of cyclicity that relies on the recurring changes of nature and can help us familiarize ourselves with the historical and religious knowledge of a culture.

Culture aside, however, knowing when the holidays fall can be very useful for planning your trip and understanding the best time of the year for your travels. In the article, we’ll find out about the major Japanese holidays.

How many holidays are there in Japan?

Today, Japan counts 16 national holidays during the year (in addition to Sundays). Schools, government offices, and private businesses are all closed these days, but restaurants and, with a few exceptions, tourist attractions and shopping malls are usually open. Thus, those who can take advantage of these holidays take the opportunity to travel, sightsee, or do some family shopping.

What are the main national holidays in Japan?

January: This is the month of Oshogatsu お正月, the New Year, one of the most important and beloved Japanese holidays. Like many other countries, January 1st is a national holiday called ganjitsu 元日 (the first day of the year). However, businesses close for the New Year’s holidays on the last three days of December and the first three days of January. In addition, the second Monday of the month celebrates Seijin no hi 成人の日, Coming of Age Day, a holiday dedicated to those who have turned 20, the age of maturity, during the previous year.

February: In February, the Japanese celebrate two important holidays, namely on February 11th, Kenkoku kinen no hi 建国記念日, National Foundation Day, which commemorates the foundation of Japan that according to the Nihon Shoki took place in 660 BC, and February 23rd, Tenno Tanjobi 天皇誕生日, the Emperor’s Birthday, celebrating the birth of the new Emperor Naruhito (year of the Reiwa).

April to May: But it’s between April and May that Japanese people have most of their holidays: the so-called Golden Week opens on April 29th with Showa no hi 昭和の日 (Showa Day), celebrating the birth of Emperor Hirohito. May 3rd is Kenpō kinenbi 憲法記念日, Constitution Memorial Day, remembering the enactment of the Japanese Constitution in 1947. May 4th is Midori no hi みどりの日, Greenery Day, a day to celebrate nature, and finally, May 5th is Kodomo no hi 子どもの日, Children’s Day, when the Japanese pray for their healthy growth.

July to August: The next holidays are celebrated in the summer. The third Monday of July falls Umi no hi 海の日, Marine Day, while August 11th is Yama no hi 山の日, Mountain Day, introduced in 2016.

September to October: Two more holidays fall in September: the third Monday of September is Keiro no hi 敬老の日, Respect for the Aged Day, while September 22nd or 23rd falls Shūbun no hi 秋分の日, the Autumnal Equinox. Supōtsu no hi スポーツの日, Sports Day, is celebrated on the second Monday of October.

December: There are no holidays other than those mentioned above for the end of the year. Although Christmas celebrations have become increasingly popular in recent years, Christmas is not a national holiday in Japan.

What are the major consecutive holidays in Japan?

In the traditional Japanese calendar, linked to the old agricultural pace of life, the cyclical nature of seasons and natural phenomena were given fundamental importance. The main traditional Japanese festivals and rituals included both the ancient agrarian rites linked to the agricultural seasons (spring and fall) and the Buddhist rites dedicated to the ancestors and the dead. The latter divides the year into four phases, marked by the return of the dead from the afterlife: twice on the equinoxes (the higan), once on New Year’s Eve, and once in the middle of the year (in summer, with the Obon festivities).

However, if we look at the current calendar, we’ll find no trace of the ancient rites. With the adoption of a new calendar after the defeat of Japan in World War II, the American forces occupying the country decided to change all those festivities that were too closely related to Shinto. Shintoism, in fact, had become the state religion in support of the imperial regime and was purged from traditional celebrations to avoid further spurts of nationalism.

As we’ve seen, nowadays, there are two main holiday periods in Japan: the New Year’s holidays, the most important Japanese holiday linked to the Shinto tradition, and the Golden Week in May, with five consecutive holidays, which allows workers and families to take a longer break.

Another festive time of the year, although devoid of any actual national holiday status, is Obon, the “festival of the dead,” which falls in the middle of August and represents the main Buddhist celebration in Japan. Despite the lack of national holidays, many stores and businesses are closed on the days immediately before and after the Obon.

A feature of the Japanese calendar is the enactment of all public holidays every year: if the holiday falls on a Saturday or Sunday, it’s automatically postponed to the following Monday, creating a so-called sanrenkyū (三連休, a “three-day vacation“). If there’s only one working day between two national holidays, the law provides for establishing a Kokumin no kyūjitsu (literally “Citizens’ holiday”), where the sandwiched day also becomes a holiday.

Depending on the year, these “bridge days” combined with weekends create what is known as Silver Week, another long vacation similar to Golden Week but taking place in September, during the first days of the fall season. However, the five days of the Silver Week only occur every five years or so. The next Silver Week will happen in 2026, while in 2020, Japanese people were only allowed four days off.

When do Japanese schools start and end in Japan?

According to the Japanese calendar, the school year starts in spring — specifically in April — a concept linked to the traditional Japanese calendar based on nature’s cycles. In the old days, spring, the season when people prepared for the planting season, was considered the beginning of the year.

Spring vacation (about 20 days between March and April) is the most important break, as it marks the transition to the new school year.

Next, summer vacation lasts about one month, making it the longest period of rest for Japanese students. Schools close at the end of July and reopen the first week of September. In winter, schools close again for the New Year’s celebrations: the winter vacations usually last from December 20th until January 10th.

What times of the year should you avoid when traveling in Japan?

Touring Japan in spring, particularly during Golden Week, when so many Japanese people travel, comes with the risk of many trains and hotels being fully booked. Moreover, the most popular tourist attractions can get very crowded, taking a toll on your visit.

I also wouldn’t recommend traveling during the New Year’s holidays. This is another popular time to travel. In addition to the overcrowded trains and hotels, many tourist sites are also closed to the public. Some gardens, museums, and even several restaurants and shopping centers close for the holidays in major cities. So, be sure to double-check before booking your trip at the end of the year!

Taking a look at the Japanese calendar is a way to learn more about this extraordinary country and understand how the year unfolds for Japanese people. On the one hand, traveling to Japan during the holidays can be a bit challenging, but on the other, it’ll give you the chance to experience genuine moments of celebration and sharing up close, in a very relaxed atmosphere, and take part in the many activities (such as matsuri or various other celebrations) that these special times of the year have to offer.