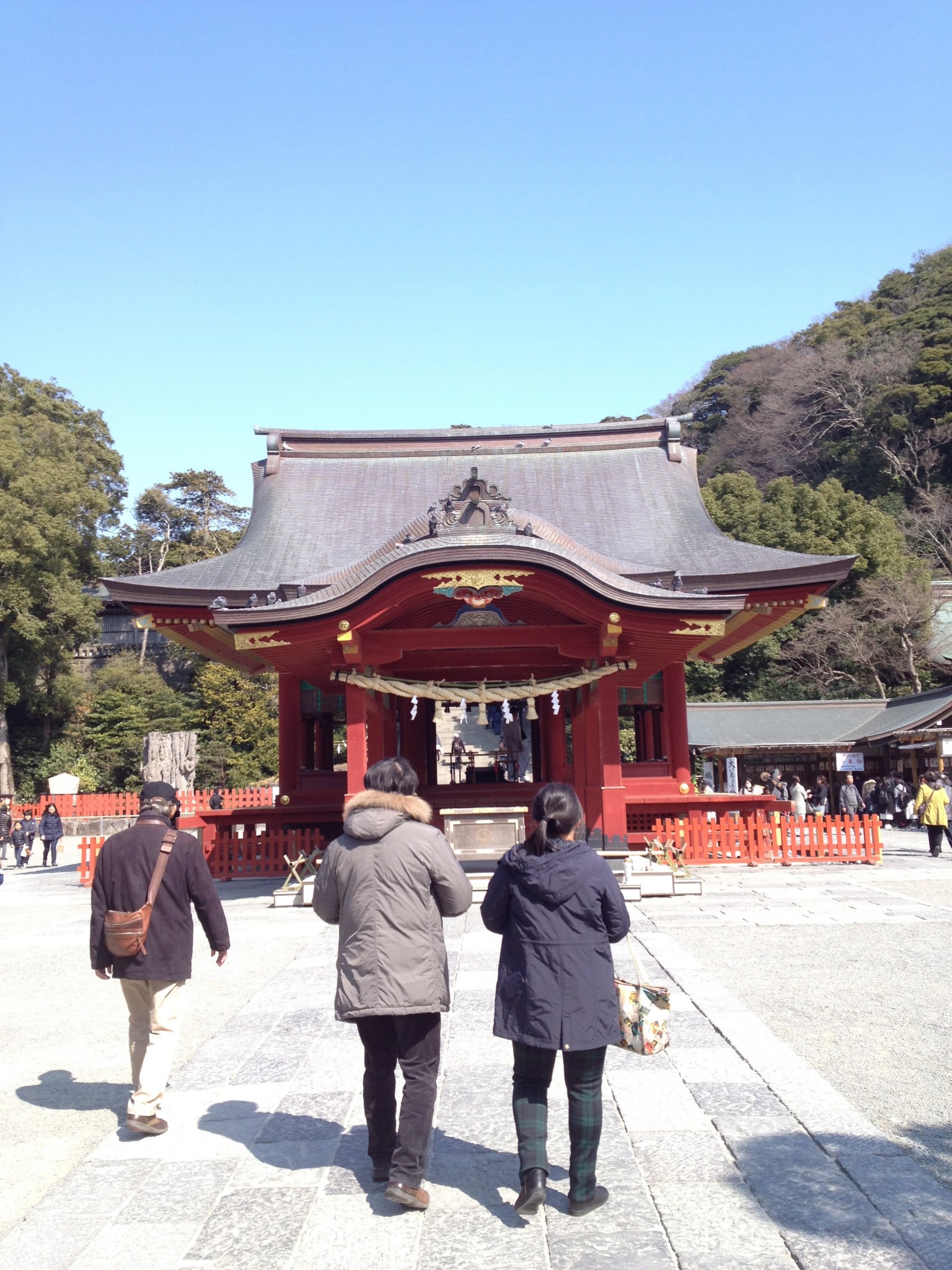 Kamakura and its many shrines are the perfect day-trip from Tokyo for those interested in Japanese history. The political center of medieval Japan and site of the first Shogunate is a fascinating place, especially the Tsurugaoka Hachimangu shrine complex. 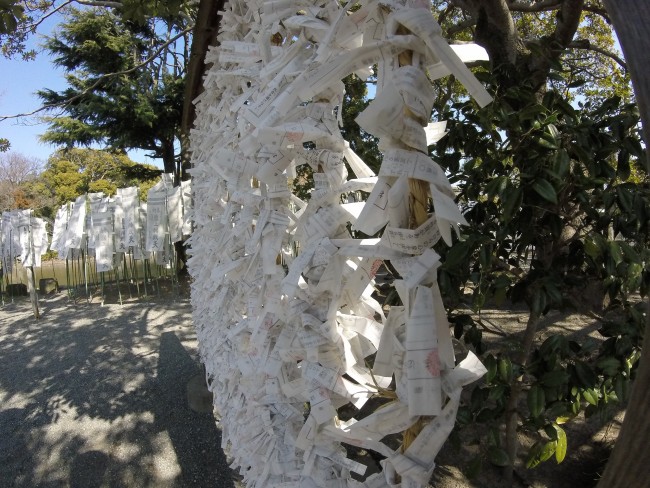 The Tsurugaoka Hachimangu shrine complex is a 10-minute walk from Kamakura Station, at the end of the cherry blossom tree-lined ancient avenue (Wakamiya Ōji). This road was built in prayer for, and celebration of, the safe delivery of Shogun Minamoto no Yoritomo’s first son. It leads to to the impressive San No Torii Gate, which marks both the entrance to the shrine and the departure point of three of the primary Kamakura Kaido highways. These roads fast became the arteries of Kamakura’s emerging military power. 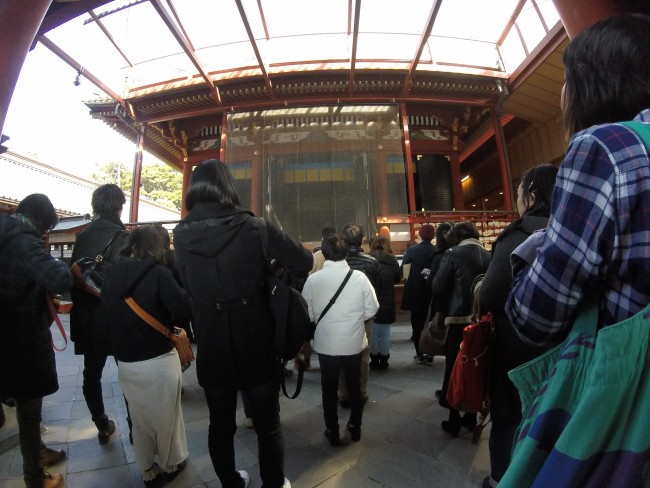 Armies were able to quickly mobilize and travel using routes, vital for maintaining dominance in the region. The roads became indispensable during periods of internal wars, which were many.

After navigating the busy road and passing under the gate, you arrive at the tranquil grounds of Tsurugaoka Hachimangu. The shrine embodies the architecture associated with traditional Shinto, but the layout actually follows Nichiren Buddhism. The shrine originally included many Buddhist buildings, but they were destroyed after the Shinto and Buddhism separation order of 1868. Built in 1063 and marking the establishment of a Minamoto power base, the shrine was dedicated to the revered deity Hachiman, which represents archery and war. 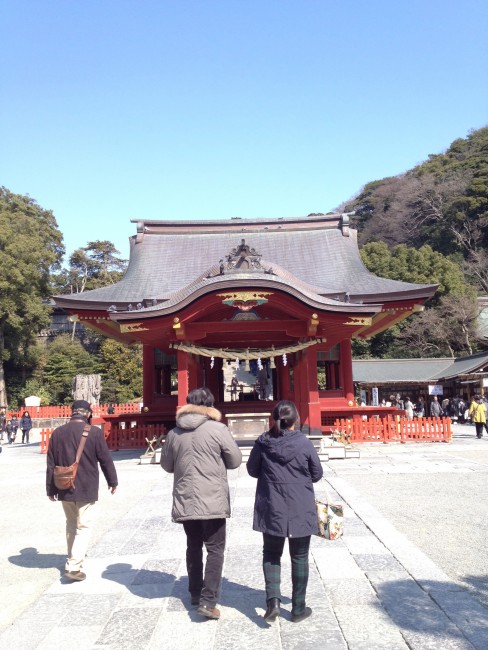 The shrine grounds include fish-filled ponds, various smaller shrines, beautiful trees and a large bandstand for noh performances. The design is all arranged in accordance with feng shui. 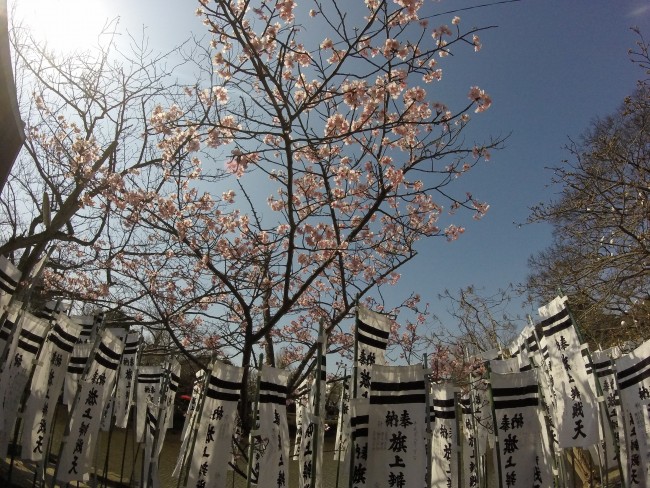 The shrine is steeped in history as it is the cultural and historical center of Kamakura. Its grand steps were the site of an assassination and, in turn, the end of Yorimoto’s line. On January 27, 1219, the Shogun Minamoto No Sanetomo was killed by his nephew Kugyo, who hoped to become Shogun in his uncle’s place. Kugyo was then beheaded, bringing an end to the Seiwa Genji of the Minamoto clan.

Shrine visitors can get a keepsake from their visit in the form of a signature from a calligrapher, so packing a notebook is highly recommended.