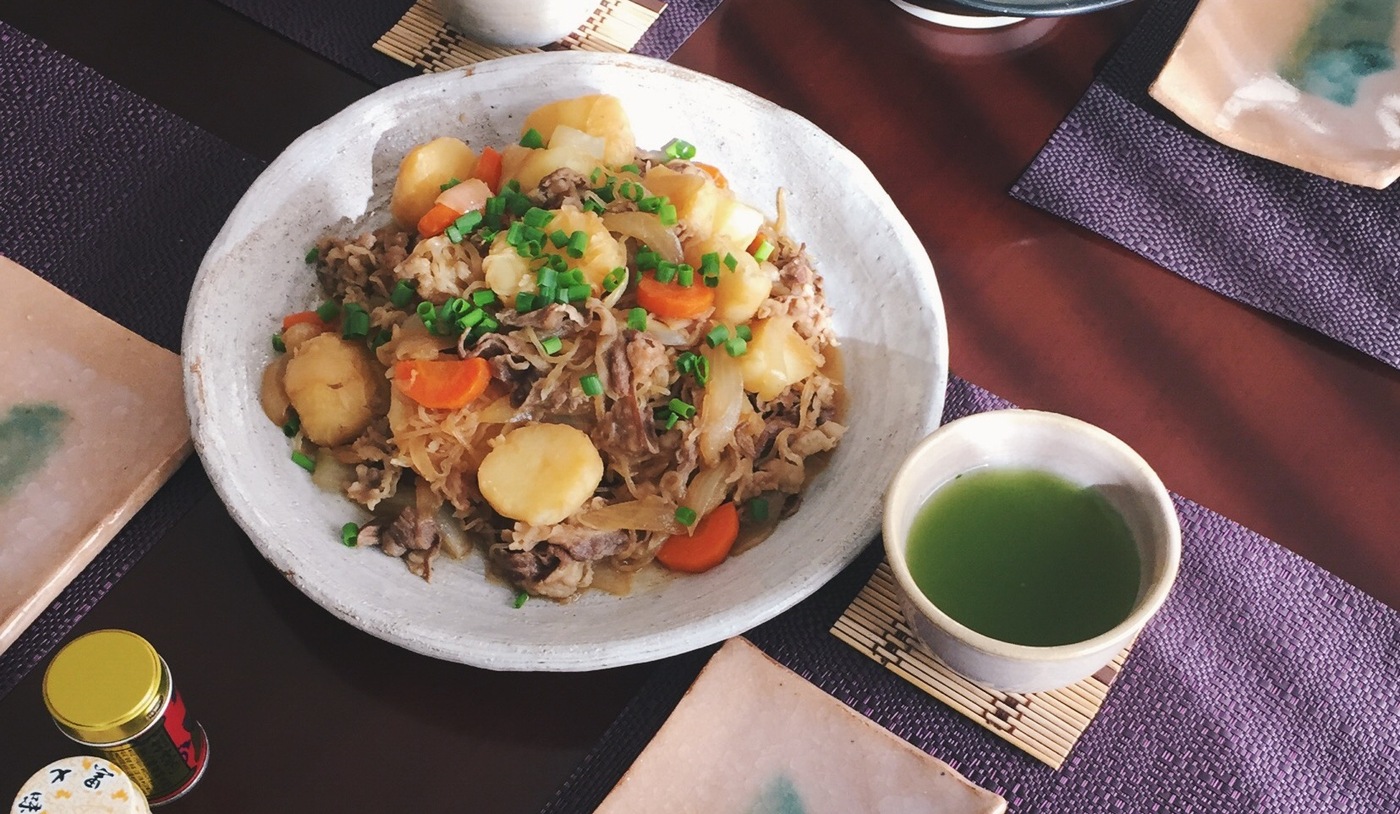 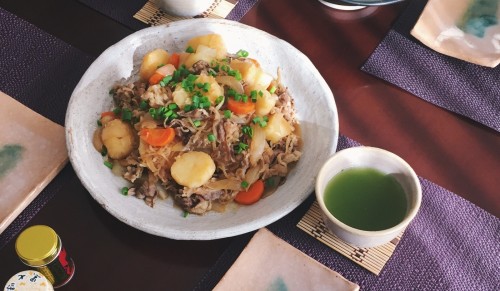 Nothing says comfort food quite like Nikujaga (肉じゃが). Literally meaning “meat and potatoes”, nikujaga is an easy to prepare, inexpensive, and hearty dish. It consists of a light potato stew enhanced with meat, onions, shirataki noodles, and a variety of seasonal vegetables. The ingredients are boiled together in a flavorful dashi stock.

Nikujaga likely originated in 19th century Kyoto, when chefs of the Imperial Japanese Navy were ordered by admiral Heihachiro Togo to create a beef stew like those commonly prepared in England, where the admiral had studied for many years. However, ingredients used by the English to create their beef stews were not common in Japan, so the navy chefs were left to improvise a new version of the stews using common Japanese ingredients. The resulting Japanese-style beef stew, dubbed nikujaga, began to appear in Navy cookbooks across Japan. Since then, the recipe has trickled down from the hands of navy chefs to the kitchens of families across Japan.

If you would like to try preparing this beloved Japanese dish, look no further!

Note: the ingredients used in this recipe are common nikujaga ingredients, but feel free to add or remove ingredients to your liking and to experiment with the recipe. This recipe first started as an experiment, after all! 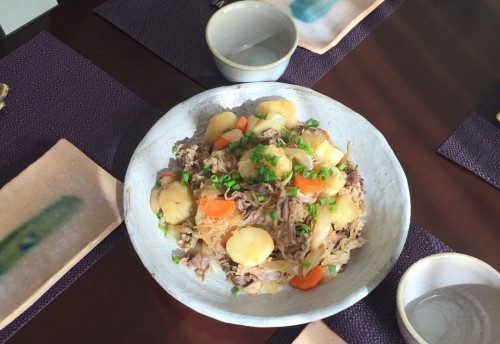 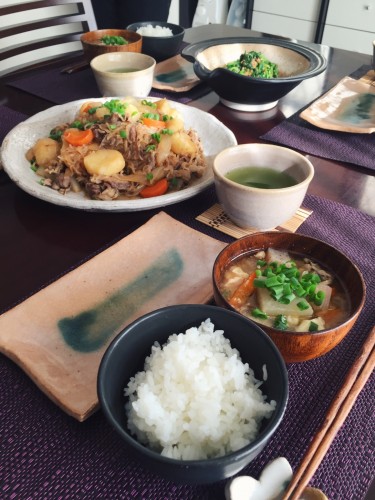