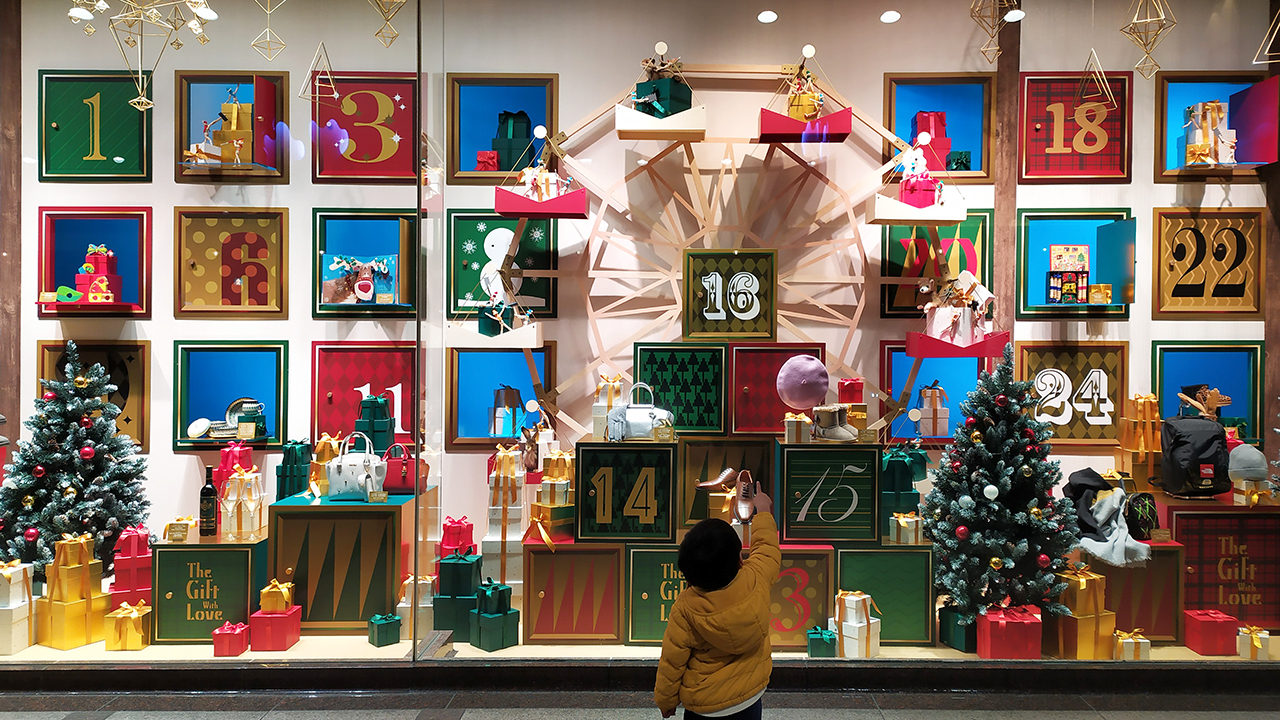 Tradition and Meaning of Christmas From a Japanese Point of View

Since the beginning of November, Japan is immersed in a totally Christmasy atmosphere: full of lights, Christmas products in stores, and carols everywhere. With all these classic images of Christmas, I’m sure that Japan will still surprise you.

After working with the “What to do during Christmas in Japan” article, I needed to go further. So, I had the opportunity to speak with different Japanese people. I could better understand their concept of this celebration, above all, why I had mixed feelings when experiencing my first Christmas in Japan.

Is Christmas a Popular Celebration in Japan?

Without any doubt, this celebration is important one in Japanese culture, and there is no one in Japan who doesn’t know the word クリスマス (kurisumasu, meaning “Christmas”.) Everyone thinks of Christmas as a time of happiness, illumination, and food.

But if you ask them, “What day is Christmas?” you will notice that something is different. My answer would be that my Christmas starts on the 24th at night and ends on the 26th. And perhaps, in other countries, the answer may be slightly different. But Japan goes further. Several who I asked told me that “Christmas begins when Halloween ends.” And Halloween ends on October 31st!

I concluded that this festivity in Japan is a period that builds up to the official day of Christmas and not just one specific day. From the moment stores change their shop windows from pumpkins to Santa Claus, Japan is already living the Christmas season, and All I Want for Christmas by Mariah Carey sounds everywhere.

As Japan hasn’t got a Christian tradition, it has integrated Christmas in its own way, choosing what they like the most and ignoring the traditional meanings, which, obviously, don’t fit into their culture or traditional religion. Why celebrate the birth of the son of a Christian God if the predominant religion is Buddhist and Shinto?

In addition to the religious fact, it is obvious that the Japanese understand these holidays as a day to celebrate happiness and joy since many of them created this idea from the products of Western countries. Stop and think for a moment: don’t Christmas movies talk about the power of love and magic relationships? In there, you will only see happiness, lights, love, and many couples. And when you experience it in Japan, you realize that the country integrates all these clichés into its celebration.

How Do Japanese People Celebrate Christmas in Japan?

In every western country, the day before the 25th is known as Christmas Eve. Even the way of celebrating depends on your traditions, though the meaning is similar: spending time with the family.

In Japan, it is a completely different attitude. December 24 is like a second Valentine’s Day. Japanese people think that the 24th is a perfect day to spend with the person they love due to the classic images of lovers hand in hand in Western Christmas movies. So, this day’s expected plan is walking under the illuminations, ice skating, exchanging gifts, and having a romantic dinner.

This idea puts a lot of pressure on single Japanese people since they feel compelled to have a date that night. If they finally have to spend Christmas Eve alone, they can feel very frustrated. On the contrary, if a Japanese person asks to meet you on December 24th, it is an indirect way to express their love.

When a Japanese person has a family with kids, they tend to have a more traditional celebration eating altogether. This night’s menu will be chicken — specifically, KFC Christmas Menu — and a Christmas cake, with strawberries, cream, and Christmas decorations. Incredibly, this is the typical Christmas menu in Japan!

The calendar goes on, and we are on December 25th. In many countries, it is a holy and festive day, usually celebrated with families. But, as you can imagine, Japan doesn’t have this concept either.

After all the Christmas atmosphere, you may think that on the 25th, there is a big Christmas celebration. But quite the opposite: it is an ordinary day. Most of the establishments, offices, public institutions, and schools are open and provide the usual service. Formerly, the 25th could be a public holiday since Emperor Akihito’s birthday was on December 23 (and the emperor’s birthday is a public holiday). Since the emperor has changed, the 25th is no longer contemplated as a holiday.

So, as you can see, December 25th doesn’t mean anything special. That day is the end of the Christmas season to welcome the New Year‘s celebration season.

Are there family activities during Christmas?

I was surprised when the Japanese people explained their childhood Christmas memories. Despite these cultural changes, some Japanese children still receive gifts from their parents, and some even believe in Santa Claus. All in all, I do believe that there isn’t a pattern on how to celebrate Christmas, depending on the way the parents raise their children. Nevertheless, the most similar Christmas celebration to the western one is that Japanese children get to enjoy a great dinner with their parents and receive gifts.

How Do Japanese Christians Celebrate Christmas?

What I explained so far is a general idea of how the Japanese spend Christmas. Of course, there are many different ways to enjoy it, especially if you’re a Japanese Christian.

There is a small percentage of Japanese who consider themselves Christians. I wondered how they celebrated it, and it seems that they try to adapt it within the Japanese culture. Churches in Japan offer a Christmas service, and anyone who wants to attend is welcome. But as I mentioned, Japanese culture and Christmas are not close friends, so there may be people who can’t attend due to their schedule. For this reason, on the Sunday before the 25th, there are also masses for all those workers who can’t attend on this holy day.

And of course, whether they work or not, on the 25th, they have a great dinner and exchange gifts!

What Activities Do the Japanese Do During Christmas?

During these dates, you can do many activities. Learn more on our article on what to do during Christmas in Japan.

Enjoying the illuminations is one of the favorite activities of the Japanese during these dates. No matter if you go with your friends, your partner, or your children, going to see illuminated streets gives them a feeling of warmth and happiness. In big cities, you can see all kinds of illuminations, such as those in Tokyo. It is also possible to find wonderful illuminations in more remote locations such as the island of Enoshima.

Undoubtedly, Japan’s theme parks have perfectly adapted to foreign parties. Those from the Kanto region visit Disneyland or DisneySea to spend their Christmas holidays, and those from Kansai may choose the geographically closer Universal Studios Japan.

After this reflection, I can say that the Japanese experience Christmas in the way they have learned. And that’s why I had a huge culture shock when I first noticed their way of celebrating Christmas. Moreover, I expected to find what was in my country, and I didn’t. Despite this, I learned a valuable lesson: we should appreciate the differences between cultures and embrace them. If we were all the same, it would be very boring, right?