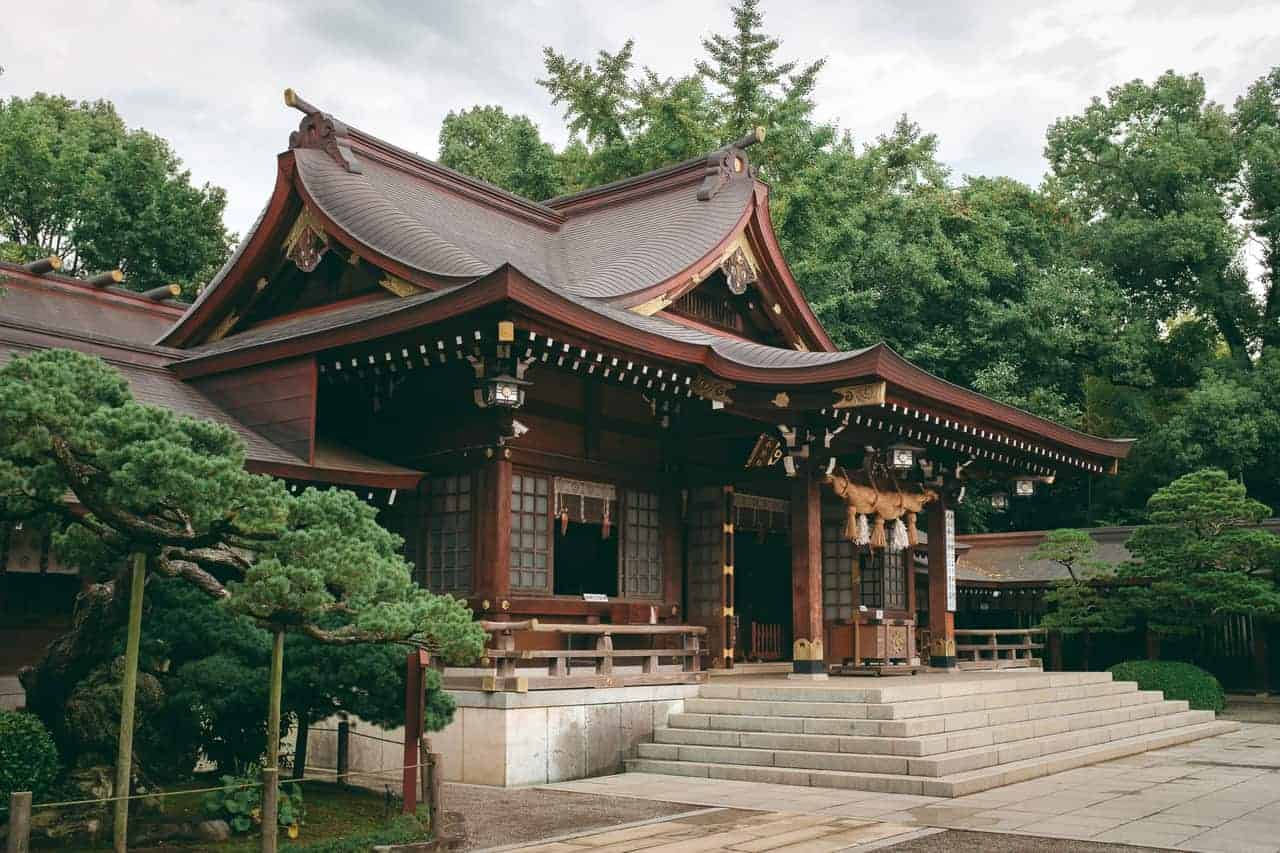 The Difference Between Temples and Shrines in Japan

There are two majority religions in Japan, Shinto and Buddhism, which are part of Japanese people’s daily lives. Religion and spirituality having a significant place in Japanese society. We can feel it through the many matsuri (festivals that are linked to many aspects of Japanese culture, usually religion) or the various public holidays that punctuate the year or even cities’ layout. No matter where you are, whether in a quiet neighborhood in the countryside or downtown Tokyo, you will never be far from a Temple or a Shrine, whether grand or small.

However, many tourists come to Japan without knowing the complexity and the importance of religion in the Japanese archipelago. After reading this article, you will be able to make the difference between temples and shrines and will have learned some notions related to these beliefs.

Shinto and Buddhism: The Two Major Religions in Japan

To understand the differences between sanctuaries and temples, you must first differentiate these two religions in Japan.

The Shinto religion (神道) or “way of the gods” in its literal translation is the majority religion in Japan (more than 90 million believers in the nation’s 126 million inhabitants). It’s a polytheistic religion gathering kami  (神) “deities” related to various elements and aspects of life (such as the sun, the wind, thunder, harvest, and fertility.) This religion is based on Japanese mythology, told in the Kojiki (古事記) “Records of Ancient Matters”. To learn more about Shintoism, don’t hesitate to read this article about Takachiho one of the most important shrines in the Shinto religion.

Buddhism (仏教), “bukkyo” in Japanese, was brought from China and Korea in the 5th and 6th century, even though dates can vary depending on the sources. Over time Buddhism has come to integrate into Japanese culture and sometimes even mix with Shinto.

How to recognize a Shrine?

Having studied a lot about the Japanese religion before settling in Japan, it was when I arrived here and visited the places of worship that I was able to understand their importance and how to make out the difference between Shrines and Japanese Temples.

Shrines are usually called Jinja (神社) or Taisha (大社) in Japanese. They are the places of Shinto worship, recognizable in several ways. For example, most tourists visiting Tokyo go to Meiji Jingu without knowing that they’ve visited a shrine. If “jingu” (神宮), “jinja” or “taisha” is in the name of a place of worship, then it’s a Shrine.

A Torii Gate is at the Entrance of Shrines

At the entrance of Shrines, there will always be a Torii (鳥居), a door that announces the entry into a sacred place. Torii gates are usually vermilion, as it is the main color in Japanese Shrines. Once the torii is crossed, we are in the sacred enclosure of the Shrine.

The Haiden, place of offering in Shrines

We then walk along the main alley called sandō (参道) in Japanese, which guides us to the worship building called haiden (拝殿) where people gather to pray and make offerings.

Shimenawa and Shide: Entry into the Realm of Gods

Before even reaching the Haiden, many things tell us that we are in a Shrine. If you see braided ropes with strips of paper hanging from them, hooked to the torii or the haiden, it means that you are in a Shrine. These braided ropes are made from rice straw and are called shimenawa (注連縄). They are the link between our world and the realm of gods, the territory of various Kami. The strips of paper hanging from the shimenawa are called Shide (紙垂). These ornaments are designed to repel evil spirits.

If you want to discover a shimenawa that is out of the ordinary, Izumo Taisha Shrine owns the biggest shimenawa in Japan. Usually changed every 4 to 8 years, its design is a real challenge.

Elements that will be easy to notice and that I spend a lot of time taking pictures of each time I visit a shrine are called komainu (狛犬). These creatures, similar to Lion dogs (inu 犬 in Japanese being the kanji of the dog) are always carved in pairs at the entrance of shrines or in front of the Haiden. These majestic beasts serve as guardians of shrines and repel evil spirits. They are often represented one with the mouth opened and the other with a closed mouth.

The komainu with the mouth opened pronounce the sound “a,” which corresponds to the Sanskrit alphabet’s first letter (Religious language of Buddhism and Hinduism). In contrast, the one with the mouth closed pronounces the sound “um,” which corresponds to the Sanskrit alphabet’s last letter. Together they form the sound “aum” (ॐ), a sacred syllable in Buddhism. This combination signifies the beginning and the end of all things. As I explained earlier, here, we can clearly see Buddhism’s influence within a Shinto shrine itself.

The Priests Living in Shrines

When I started my wanders in Japan, I noticed that the easiest way to know if I was in a temple or a shrine was to look at the priests taking care of these sacred places. Priests working in shrines are called kannushi (神主) or shinshoku (神職), they usually wear a specific headdress depending on their outfit, whereas Buddhist monk doesn’t wear any.

How to Recognize a Temple in Japan?

Japanese temples are called tera (寺), sometimes preceded by an honorary prefix “o” as a sign of respect, a formula regularly used in Japan. The second name is ji (the kanji is the same as tera). One last kanji can refer to a temple; it’s the kanji in (院). Following this explanation, Hozan-ji (宝山寺) in Nara, Yoshimine-dera (善峯寺) in Kyoto and Nanzo-in (南蔵院) in Fukuoka are three temples, each having a different ending in their pronunciation.

Manji: The Most Important Religious Symbol of Buddhism

Something important to know for westerners who are not really aware of Buddhism: the manji (卍) is one of the most important religious symbols in Buddhism. While traveling in Japan, you will see many of them, whether inside temples or even on maps that indicate that the place is indeed a temple.

It is important to know that this an ancient symbol, even though the Nazis, unfortunately, used the reverse version called “gyaku manji” (gyaku 逆 means “inverted” in Japanese) during World War 2. Do not see or feel anything strange when you happen to see the symbol during your journeys in these sacred places.

The rōmon (楼門) “tower gate” and the sōmon (総門) “main gate” are located at the entrance of temples and serve as doors to enter in the sacred grounds of the place.

The bonshō (梵鐘) are the bells located inside the enclosure of Temples. They are usually quite huge, and you will notice them from far away. These bells are rung during the call to prayer and to indicate time. They are easily recognizable and always have similar characteristics regarding their engravings.

You might happen to come across komainu at the entrance of temples (more on why you might see a Shinto icon at a temple later), it is usually Niō Guardians (仁王) also called kongō-rikishi (金剛力士) who protect the place. They have the same purpose as Komainu in shrines but are way bigger and impressive. I let you judge by yourself.

If you are looking for Niō Guardians that are quite uncommon, I can only advise you to read this article about Futago-ji, a temple located in Oita prefecture, surrounded by mountains with a lot of Niō statues, in a unique scenery.

One of the essentials, when I visit a temple is the statues. I am always looking for different representations of Buddhist deities. The most common statues that you will see represent Amida nyorai (阿弥陀如来, buddha), Kannon (観音, bodhisattva de la compassion) or Fudō-myōō (不動明王, one of the five myōō). As you probably understood, temples are full of statues representing Buddhist deities, giving the place a special atmosphere.

Why is it so hard to make the difference between these two places?

After all these explanations, you probably think you won’t make a mistake during your next trip. Sadly, I would not be so sure. As you might have noticed while reading the article, there are many similarities between temples and shrines. It’s the consequence of Japan’s complex history and the mix between the two religions over the centuries. This mix has a name: syncretism.

Shinto and Buddhism fused over the ages, which nowadays result in religious similarities in belief and places of worship. That’s why some places gather at “temple-shrines” (神宮寺), where the two religions are bound together. It is important to remember that you might see torii, komainu or shimenawa in front of temples, for example, despite all the explanations. This complexity allows a better understanding of Japanese culture and also helps realize that some religious aspects became cultural and shared by all Japanese, whatever their beliefs are.

The next time you visit a Temple or a Shrine, you will just have to be careful of what’s around you. If you notice a vermilion torii at the entrance of a shrine or manji inside a temple, you will be able to spot the difference. Despite the similarities, it is still possible to know whether you are in a Temple or a Shrine.