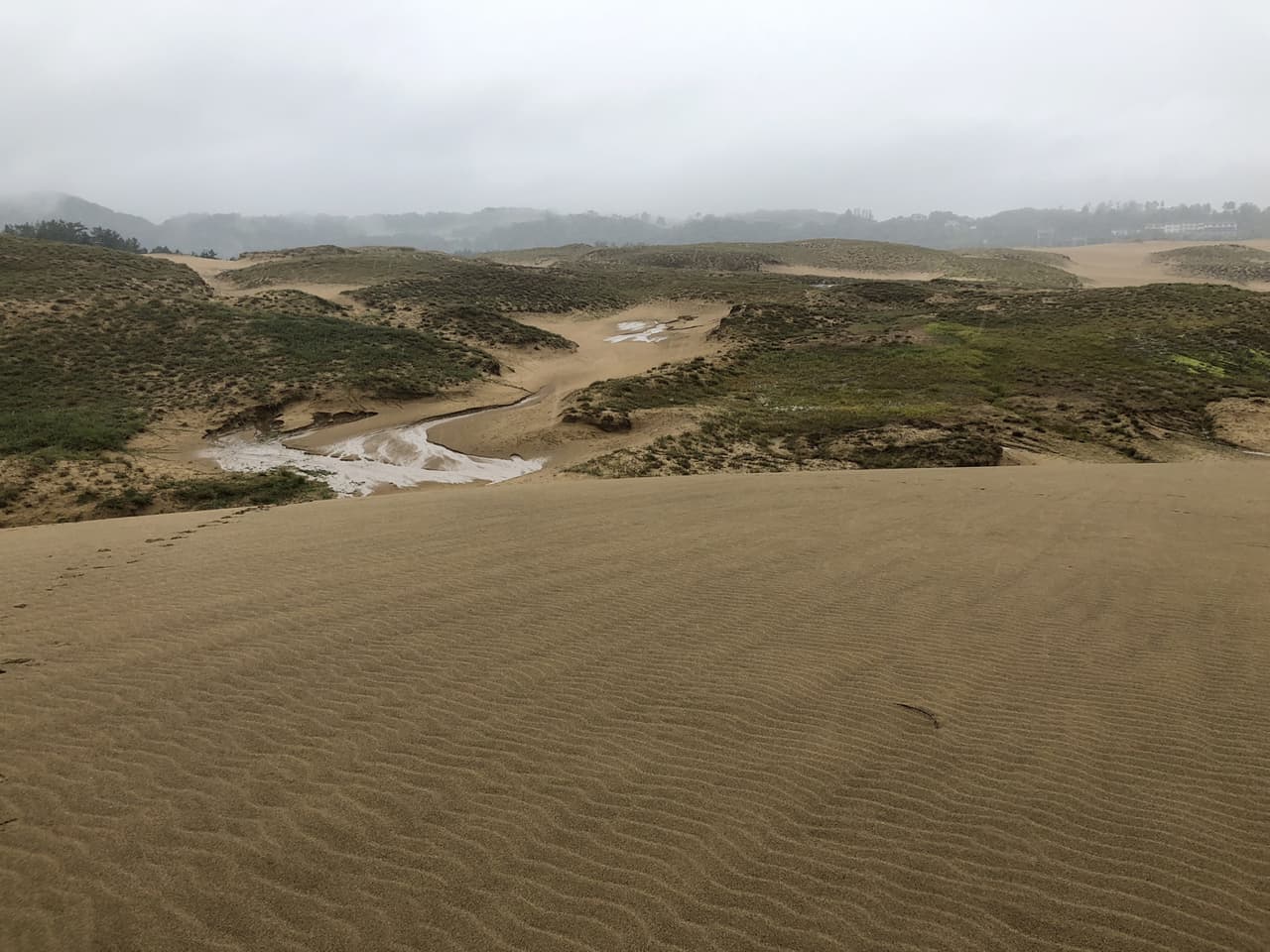 The fascinating sand dunes of Tottori

Immense wind swept dunes of sand, camel silhouettes detaching on the horizon, the sound of waves in the distance… We are not here in the Middle East nor in the Sahara desert, but in Japan! Let’s head to the Tottori sand dunes to discover one of the archipelago’s most intriguing landscapes. 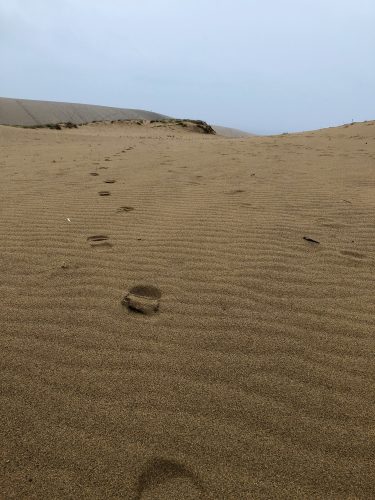 Stretching on 16km in total and 2km of width in front of the Sea of Japan, the sand dunes of Tottori are the most important ones to be found in Japan. 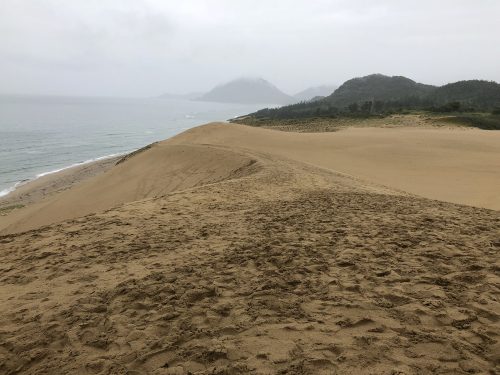 A landscape which is as unusual as it is mysterious, finding its origins in the natural accumulation of sediments over the centuries, mostly derived from the former volcanic activity of the close by Mt Daisen. 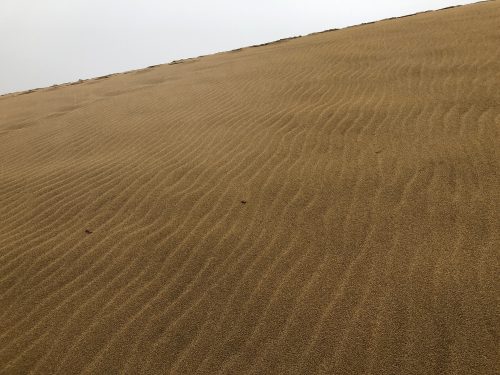 Their undulations and height slightly vary with the strength of the wind, and sand is regularly added manually to prevent their shrinkage.

The Sea of Japan from above

Going there on a very rainy day, the panorama was no less breathtaking! Quite on the contrary actually, the hazy horizon, the almost white sky and the stormy sea were only adding more character to these mysterious dunes. 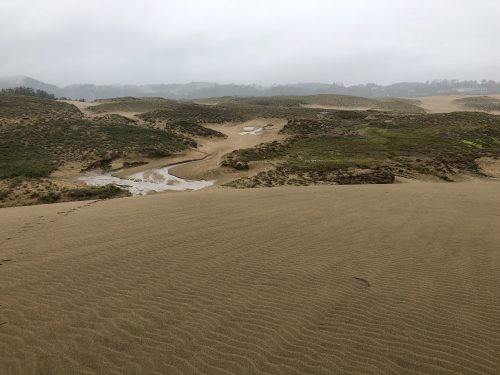 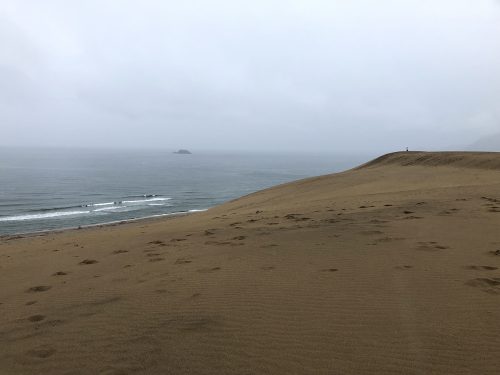 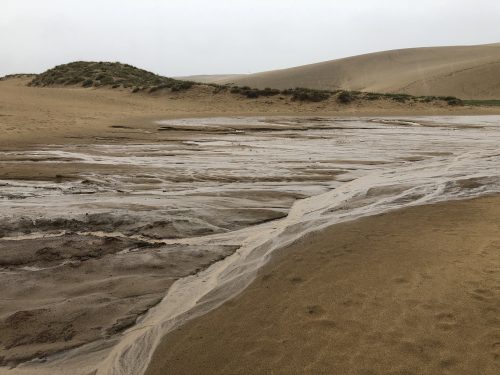 And even though I was rather picturing myself under a blazing sun, I have to admit that having the dunes almost all to myself was quite pleasant. My point being, don’t cancel your visit there because of the rain! 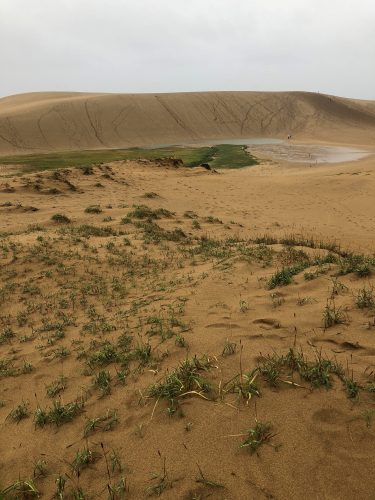 On top of these sand dunes, with a view of the Sea of Japan on one side, and dark green hills on the other, you cannot help but feel incredibly small in front the natural vastness of this landscape. 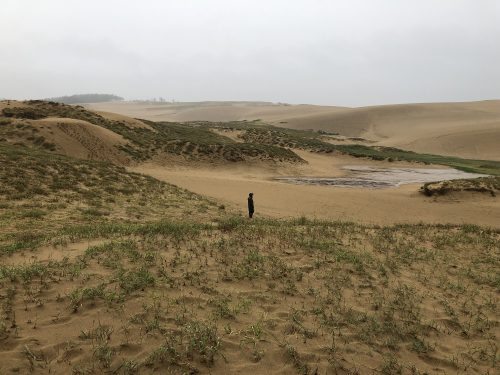 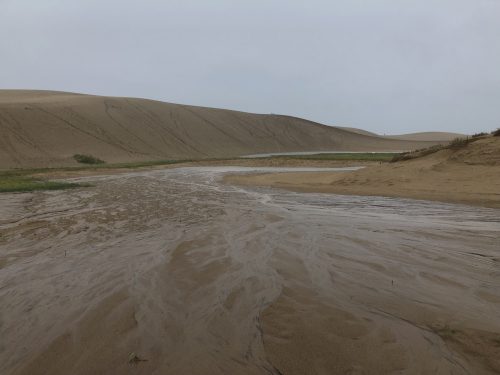 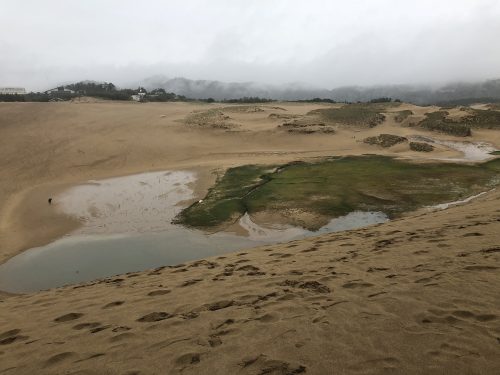 You could spend hours up there, gazing far away into the horizon and yomping in the sand, without really knowing if you are still in Japan or if this is all just a mirage. And when comes the time to go down the dunes, it is hard to resist the temptation of going full speed, letting gravity do the job to get you there. 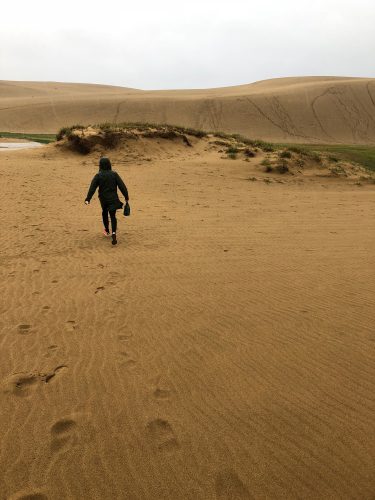 And if the dunes were rather empty on the day I visited, note that on sunny summer days, you can find loads of fun activities to make the most of your time there: going on a camel or horse ride in the dunes, trying out sandboarding or even paragliding!

To take shelter from the rain (or from high temperatures depending on the season!), head to the Tottori Sand Museum located just around the corner from the sand dunes. Opened in 2006, this museum is a genuine sand sculpture temple. Every year, dozens of artists from around the globe gather in Tottori to work several months on a given theme. The museum is then closed from the New Year to mid-April, to allow for sand sculptures from the former year to be dismantled, and for the artists to create new ones. 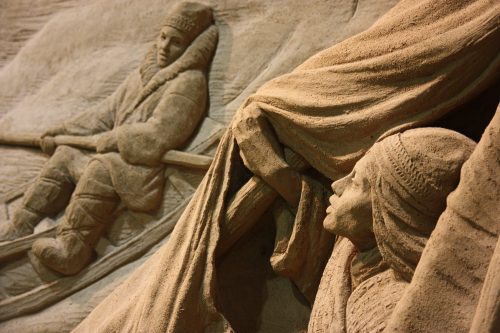 This year, Scandinavian countries are being honored in a series of sculptures, each one more impressive than the last. Impressive because of their gigantic sizes, but also because of the perspective effects created and the accuracy in every single detail. 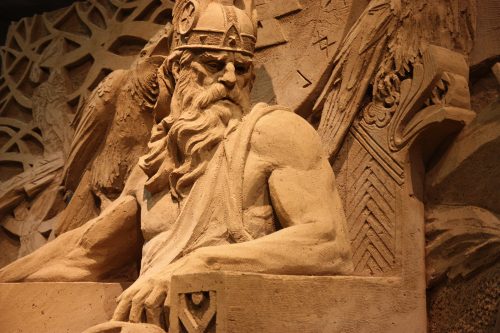 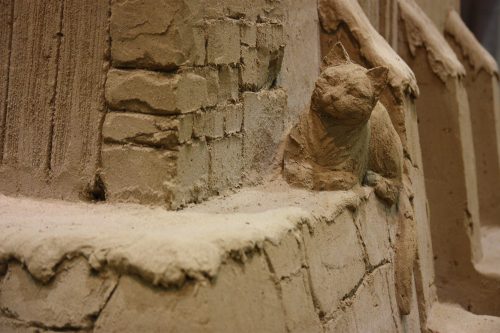 You will be able to wander around the sculptures from the ground floor or look at them from above on the open second floor. 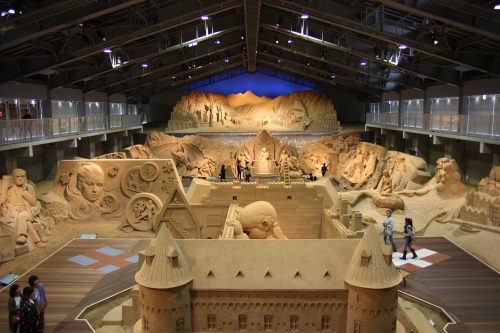 A truly one of a kind experience! Count 600 yens for an adult entry ticket, and 300 yens for students and children. More information on the website of Tottori Sand Museum.

Getting to Tottori sand dunes

The dunes and the close by Sand Museum are easily accessible by bus from Tottori station. A trip that takes about 20 minutes only.

Please note that if you plan to visit Tottori during the summer or on the weekend, you can purchase a one-day pass of 600 yens for the Kirinjishi Loop Bus Line that connects all the city’s main sightseeing spots.

More information at the following link.