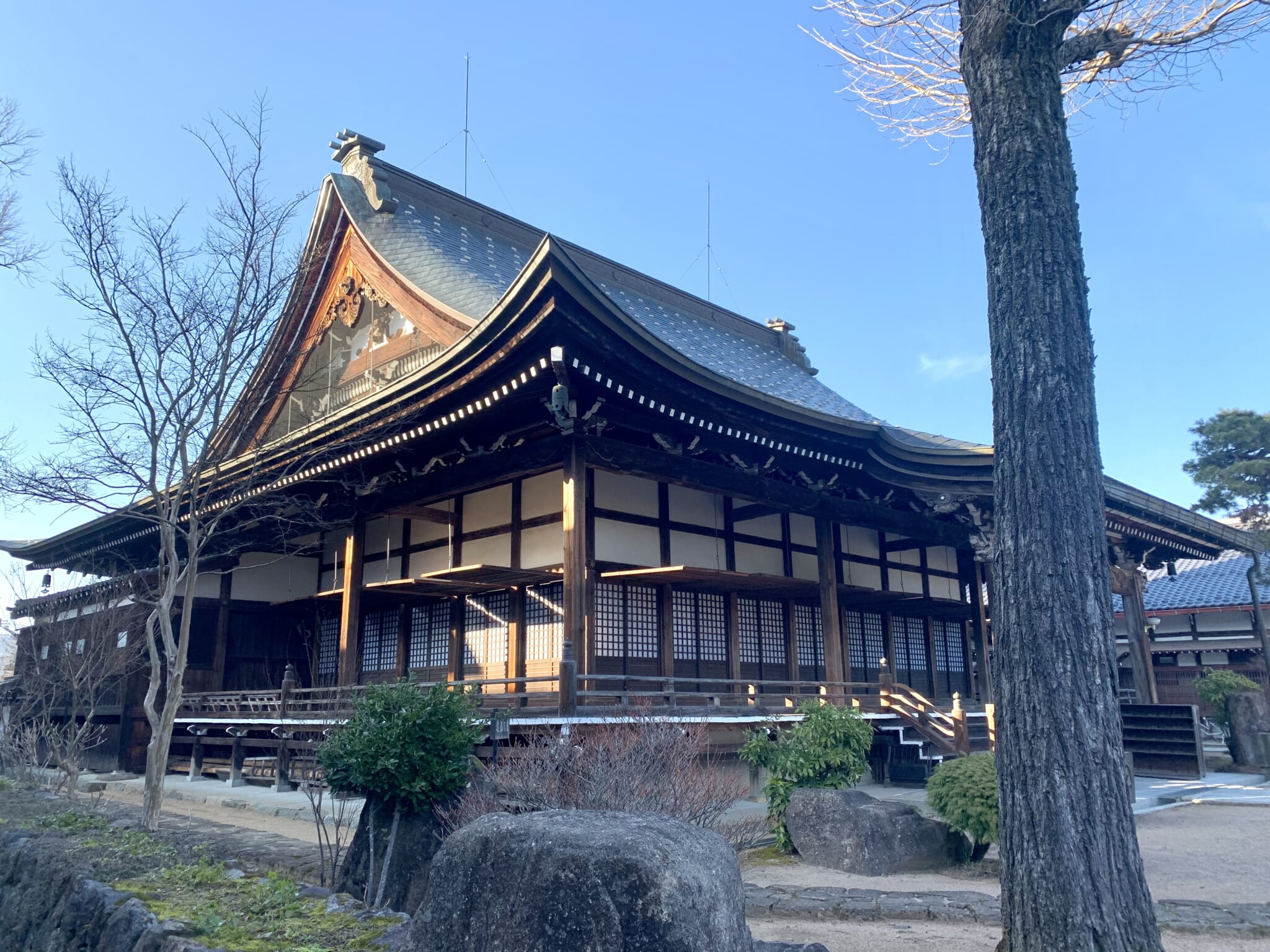 Situated in the west of the Japanese Alps, in the north of Gifu prefecture, the Hida (飛騨) region is home to many fascinating facets of traditional Japan. Its most famous building is Takayama Jinya, the former provincial headquarters of the Edo Shogunate and the only such historical structure in Japan preserved to this day. From the 8th century, the highly skilled woodworkers of Hida contributed to the imperial magnificence of Nara and Kyoto. Their artisanal techniques are still used today to produce fine furniture and other art objects.

In the heart of the mountains, in the middle of the forests, Hida cultivates its homegrown crafts. The region’s carpenters and woodworkers—“Hida Takumi,” “master builders of Hida”— have been working and passing on their artisanal skills for more than 1,300 years. They sourced their material from the surrounding natural environment, where they found all the wood they needed: cypress, Japanese cedar, red pine, chestnut, beech…

In this remote region, woodworking was a primary means of livelihood. But the fine skills of Hida Takumi soon became famous throughout Japan. During the Nara period (710-794), when the region had no rice paddies to pay its taxes in rice, Hida instead paid its dues with wood and carpentry. It sent its woodworkers to craft the decorations of temples, shrines and palaces in the imperial capitals of Nara and Kyoto. These expert artisans are now reputed to have revolutionized woodworking techniques in Japan.

At the Hida Crafts Museum (飛騨の匠文化館, Hida No Takumi Bunkakan) in Hida Furukawa (飛騨古川), you can learn all about the different traditional joinery techniques used by local woodworkers. Complex joinery made wooden structures more resistant to earthquakes and prevented fires from spreading. The museum also reveals the secret craftsmanship behind Hida’s signature checkered latticework (千鳥格子, chidori-goshi), whose ingenious techniques were exported to Kyoto.

The façades of traditional buildings in Hida Furukawa are covered with wooden lattices, which conceal the inside of the house while allowing its residents to see the street outside. Some houses exhibit beautiful contrasts between the dark wood of the lattice and the white plaster of the walls. Some of the eaves are decorated with kumo (clouds)—curly engravings that are unique to master craftsmen, of which there are some 170 families.

Built in the 17th century, Takayama Jinya (高山陣屋) served as the provincial headquarters of the Edo Shogunate (江戸幕府, Edo bakufu) from 1692 to 1868. This regional building was situated on the Nakasendo (中山道) road between Edo (present-day Tokyo) and Kyoto. The Edo Shogunate ruled over 60 provinces across Japan, while the daimyo (feudal lords) governed the fiefs. Takayama Jinya is the only administrative building of its era that is preserved as a National Historic Site.

Here you can read the workflows of Edo-period governors like an open book. They hosted samurai in the shoin-zukuri (書院造り) style conference room covered with 49 tatami mats, where the laws of the Shogunate were enacted. These laws were based on Confucianism, which advocated morality, as well as respect for hierarchy and social order. The gardens are also typical of the period.

In 1867, when power was transferred to the new Meiji Emperor, the Edo Shogunate and Takayama Jinya lost their prerogatives.

Hida has a dozen temples that you can visit on a designated course; the ritual pilgrimage of Santera Mairi (三寺まいり) will take you to three of them. The round takes place every year at midnight on January 15—the eve of the death of Shinran Shonin, founder of the Jodo Shinshu (浄土真宗, True Pure Land School​) sect of Japanese Buddhism—and has been going on for almost three centuries.

Enko-ji (円光寺), the first of the three temples, is situated by the Miyagawa River and belongs to the sect called Jodo Shinshu Nishi Hongan-ji (本願寺, “original wish temple”). The turtles that decorate the eaves of the main hall are believed to have protected the temple from the Furukawa Great Fire of 1904. They are known locally as “water-calling turtles” (mizu-yobi no kame).

The second temple, Shinshu-ji (真宗寺), stands near the red Imamiya bridge that passes over the Araki river. Only its kyozo (building used to store sutras) survived the 1904 fire.

Honko-ji (本光寺) is one of the largest wooden structures in the valley, highlighting the master craftsmanship of Hida’s carpenters. Its cypress entrance hall was reconstructed in 1913.

Local legends are haunted by the two-faced demon warrior Ryomen Sukuna (両面宿灘). This mythical figure first appeared in Hida province under the reign of Emperor Nintoku during the Yamato period in the 4th century. Folklore describes him as having two faces (one in front and one in back), four arms and four legs. Quick-witted, with superhuman strength and divine powers, he wielded multiple weapons, including a bow and a sword.

Ryomen Sukuna seems to refer to a ruling family of Hida that refused to submit to the Yamato dynasty, rebelling and battling against the imperial forces. The legend is recounted in the Nihon Shoki (日本書紀, Chronicles of Japan), which effectively describes him as an enemy of the emperor. The two-faced demon may have terrorized the Hida region, but he also introduced it to Buddhism. Today, he is considered a guardian protector and benefactor of Hida province, a local hero honored in the temples.

Thanks to Gifu prefecture’s pure mountain spring water, Hida’s local sake is of exceptionally fine quality. There are several breweries that you can visit with a reservation, indicated by a sugidama hanging above the entrance. This giant ball of cedar sprigs announces the arrival of a new sake.

Watanabe Sake Brewery (渡辺酒造場) has been carrying on the tradition for nine generations, and its current owner still lives in the same building behind the lattices. The tour begins with bales of rice, as Watanabe is one of the only breweries in the valley that uses local Hida-homare rice, as well as Hida-minori rice. From September to June, Watanabe brews a sweet sake.

First, the rice is steamed in huge containers with a capacity of over 1,500 kg. Then water and rice are mixed with kōji (麹), fermented rice that acts as a kind of “starter.” The mixture rests for 6 days at a temperature of 9°C, before being adjusted and refined. The kōji is then oxygenated—for 2 days, 3 times a day, it is delicately stirred by hand in a warm and humid climate-controlled room. Finally, the sake is slowly brewed overnight. Watanabe is proud to use a recently restored 150-year-old vat.

The brewery also makes efforts to recycle the by-products of sake production, using some of these elements to make rice cakes or pickled rice products.

Practical Information and What Else to Do in Hida

How to Get to Hida

By train: First, take the Tokaido Shinkansen line to Nagoya from Tokyo (1 hour 40 minutes), Osaka (1 hour), or Kyoto (35 minutes). The Nozomi train is the fastest from Tokyo, but it’s not covered by the Japan Rail Pass.

From Nagoya, take the JR Hida Limited Express for Toyama (富山), and get off at Takayama (高山) or Hida-Furukawa (飛騨古川). The journey from Nagoya to Hida takes around 2 hours 20 minutes.

From Tokyo, you can also take the Hokuriku Shinkansen to Toyama (covered by the Japan Rail Pass), then take a local train to Takayama or Hida-Furakawa.

By bus: Nohi Bus has direct connections to Takayama from Tokyo (Shinjuku), Nagoya, Kyoto, Osaka, and other cities.

Stay at a Japanese Cultural Heritage Ryokan in Hida

The venerable Yatsusan-kan (八ツ三館) ryokan has been welcoming guests for about 165 years along the Araki river. It is now registered as a “Tangible Cultural Property of Japan”.

Private rooms are positioned around a Japanese garden with a pond and toro stone lanterns. Dinner is a delicately refined kaiseki with multiple courses of seasonal ingredients.

The ryokan also has a relaxing outdoor onsen in the middle of a dry garden.

Fukuzenji Soba (福全寺蕎麦) is a restaurant with a dark wood decor located right in the center of Hida Furukawa. It serves soba containing 80% buckwheat, prepared according to four different house recipes.

The abundant natural resources of Hida’s dense forests have given rise to the region’s centuries-old tradition of fine carpentry and woodcrafts, which can be seen on many buildings in the valley. Hida also has its place in Japanese history as the provincial home of the Edo Shogunate at Takayama Jinya.