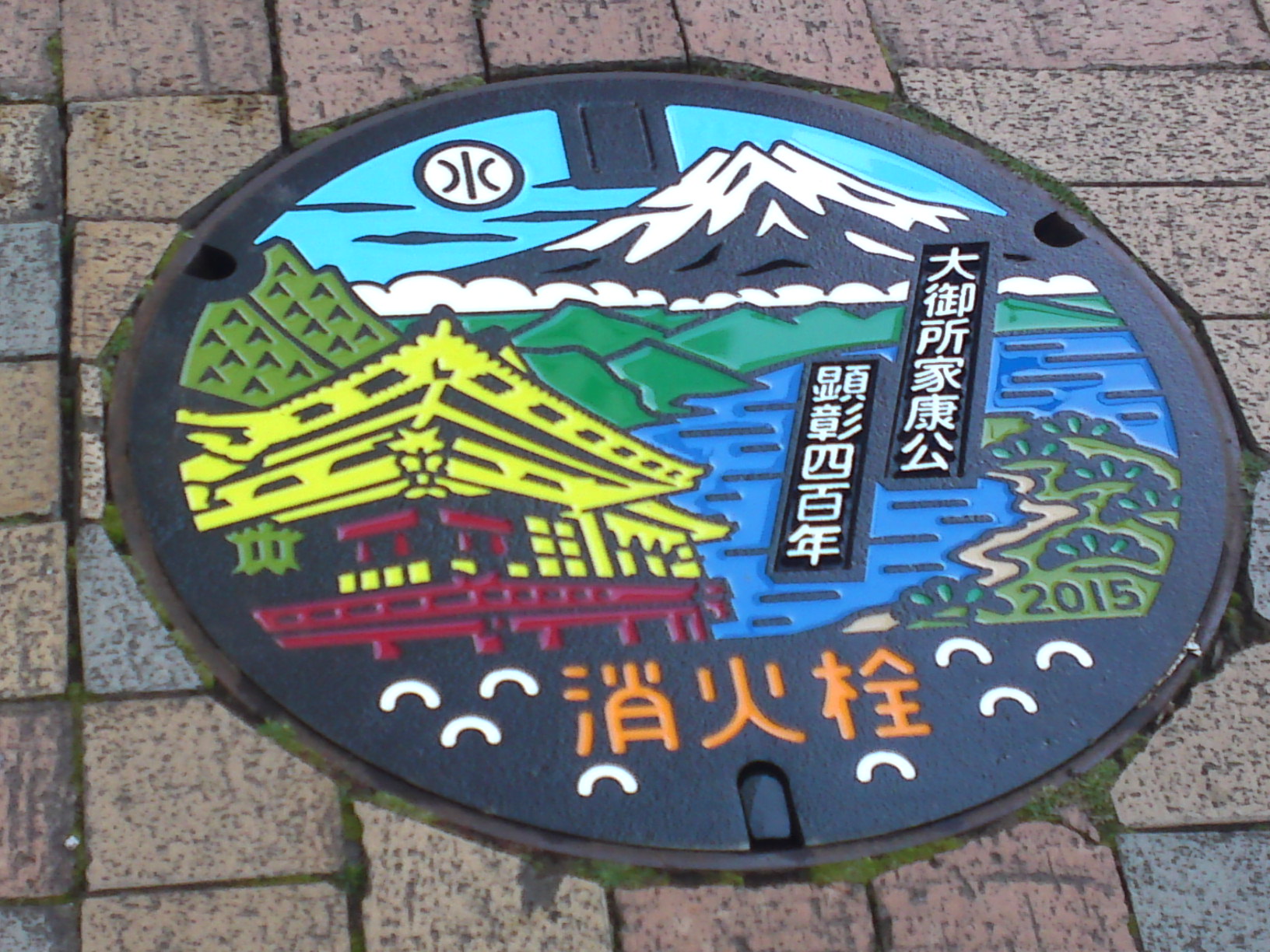 Tourists and expat residents alike are always surprised to discover artistically designed manhole covers of all kinds as they walk urban streets and even villages lanes. These are a rare sight outside Japan where, in spite of their weight, they would probably be stolen.

Where Did Artistic Manhole Covers Come From?

Sewer networks had long existed in Japan until foreign engineers introduced a modernized system in the 19th century. This system consisted of underground sewers with above ground access points called manholes. Manhole covers were given their name because, manholes had to be covered for obvious reasons.

Their initial geometric designs were not that remarkable. However, there was a momentous change in the 1980’s when the Japanese Government planned for new sewer systems. All communities would be equipped with new sewer systems that discarded above ground fire hydrants to enlarge streets and facilitate movement and access. However, this idea was met with heated resistance from some.

broke down some initial resistance to the government’s plan. They hoped that these would promote the cities in charge of the covers’ maintenance. Manholes belonging to private electrical supply companies existed before this change. After the change, new manhole covers for sewers, water and fire hydrants suddenly dotted the pavements and streets of Japan.

Eventually, they even became great examples of urban art. Not only that, perhaps most astonishing was that these design efforts were officially organized by municipalities who devised the designs themselves. The first designs appeared in Nagoya City, later to be followed in the whole country.

The municipalities sent their designs to foundries who cast the designs into wrought iron. The designs used both neutral and bright colors to fill the designs thanks to highly resistant compounds. The results are often striking, although errors are still made. Take for example a recent mishap with a beautiful design of Shizuoka City’s bird emblem, the kingfisher, for a new fire hydrant manhole cover. The design had to be scrapped when officials realized it would become dangerously slippery in the rain, despite its impressive colors.

A Collection of Manhole Cover Designs

Let me introduce you to a very limited collection of unique manhole covers in Japan. There are more than 1,700 communities that have one or designs across the country! Although this is not a comprehensive list, maybe you will find a favorite.

Some designs feature local and more famous cultural assets such as buildings, bridges, works of art, museums and the like.

A rare design showing the old Shizuoka City Hall dome on a road maintenance manhole cover is pictured above.

Lastly, this square fire hydrant cover showcases some of the characteristic features of Kobe City in Hyogo Prefecture.

Saitama and its citizens are showing their support and appreciation for their favorite teams through these unique manhole cover designs.

Another popular sport across Japan is baseball. Thus, this makes the Yokohama Baystars design, pictured below, a great choice for Yokohama City, Kanagawa Prefecture.

Next, take a look at this interesting design below! You can find this manhole cover in Shizuoka City.

Finally, there are fire hydrants manhole covers that will provide you with plenty of fun! You may see this unique design in Iwata City, Shizuoka Prefecture.

The legend of the bamboo cutter on a manhole cover is arguably the most popular design in Japan. Most Japanese people are familiar with this folk tale, and with the bright colors and attractive design, this cover is a wonder!

You can also find commemorative manhole cover designs, which are easily recognizable and quite popular. The example below was installed in 2015 in Shizuoka City to commemorate the death of Tokugawa Ieyasu. The design also highlights the Kunozan Toshogu Shrine and the World Cultural Heritage of Mt. Fuji and Miho Matsubara Beach.

So you can see, there are several different kinds of manhole cover designs featuring cultural symbols, places and objects.

Now, take a look at some designs from Shizuoka Prefecture, that has too many Mt. Fuji-themed manhole covers to count!

The design above is a rare one, as it is the only Mt. Fuji manhole cover in Yoshiwara, Fuji City, to commemorate a sacred thermal source!

You can find this design depicting Mt. Fuji and wisteria flowers in Fujieda City, Shizuoka Prefecture. The design is actually a pun, as “fuji”, albeit written differently, means “wisteria”.

There are absolutely too many designs to count for flower lovers! This tachi aoi (hollyhock) design is located in Shizuoka Prefecture, and is just one of many floral designs.

Katsuo/bonito occupies an important place in the gastronomy of Yaizu City, Shizuoka Prefecture.

In addition, the design above may be an even better rendition of the same katsuo/bonito theme in the same city.

Lovers of geometrical designs will have plenty to look at, such as the yellow design below in Yui, Shimizu Ku, Shizuoka City.

Of course, there are plenty of designs that include several elements of culture, nature and artistic patterns. A great example is this magnificent dragonfly below, the emblem of Iwata City in Shizuoka Prefecture.

The Final Cover Design in My Collection

Lord Ieyasu spend his youth and much of his life in the Sumpu area, climbing the ranks to become a daimyo (local lord) before eventually rising to the seat of shogun (military ruler of the country). He retired to Sumpu, present-day Shizuoka, in 1607, making this city a fitting location for this manhole cover design.