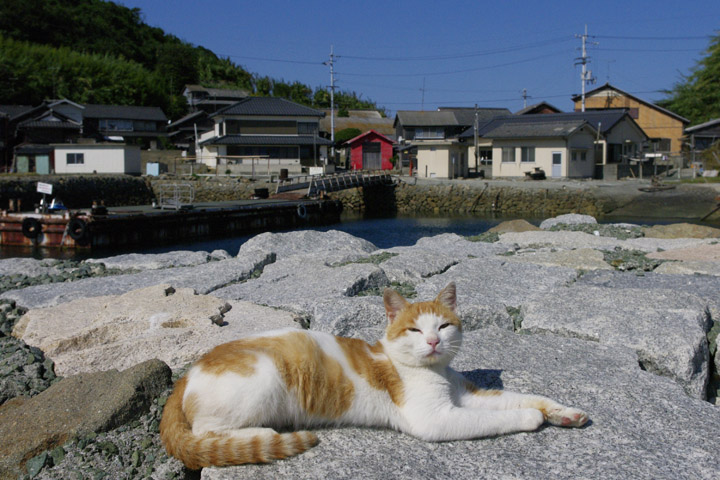 Shikoku offers a great variety of landscapes from sea to mountains! In Ehime Prefecture, this climate creates a unique natural phenomena that can easily be seen near Ozu. Here is our selection of the three most beautiful landscapes in Ozu not to be missed! 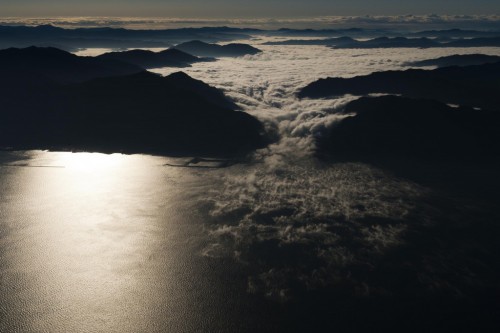 Only a 40-minute drive from the center of Ozu, a unique natural phenomenon can be discovered, from October to February when a sea of ​​clouds is pierced by the peaks of the mountains! In Japanese, this phenomenon is called unkai. To admire this landscape, an observatory is set up near Mount Myoken, which can be reached by car along Route 230 and Route 330. Watch out for the signs “雲海展望公園”. 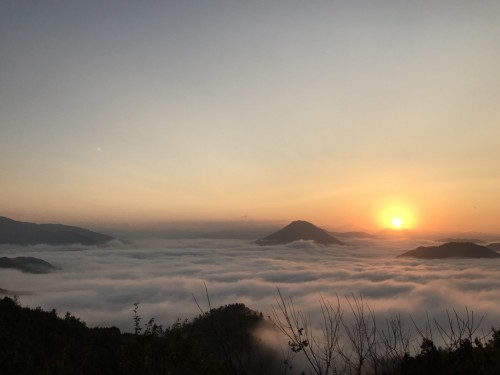 Sea of clouds and the gorgeous sunrise. 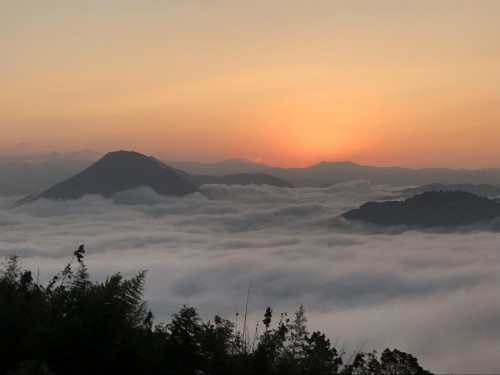 Several climatic conditions must be clear to have the chance to contemplate this real, natural spectacle.

The following conditions are necessary :

To add on a last condition, you need to get up very early! Indeed, the sea of ​​clouds is visible only in the morning at sunrise until 9 o’clock. Finally, you will have more of a chance in December, since the phenomenon is more frequent then. 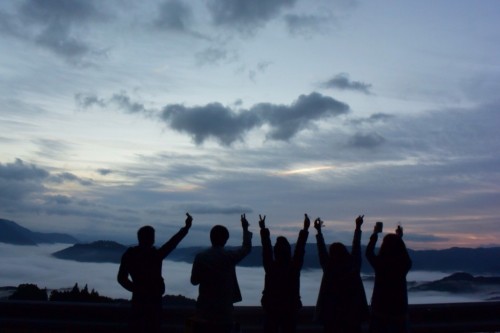 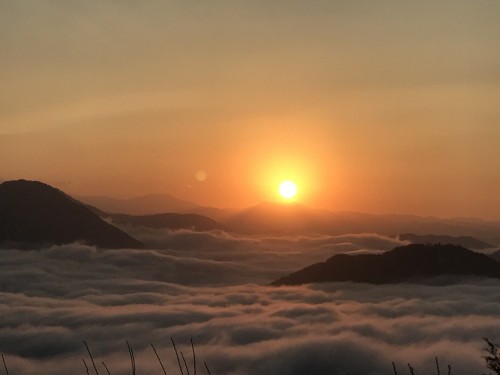 In the Seto Inland Sea, there is a small island which many cute cats inhabitant! In Japan, there are a dozen of such islands, including Aoshima, which are easily accessible. This part of Ozu is gaining more popularity recently for day-trippers, but it is important that you bare in mind several rules of the island (see below)!

Originally, cats were brought to the islands by fishermen to hunt mice. Over time, the fishing villages have become so depopulated that the cats, without natural predators, have multiplied. Today, there are six times more cats than people in Aoshima! That is 120 cats for twenty inhabitants. 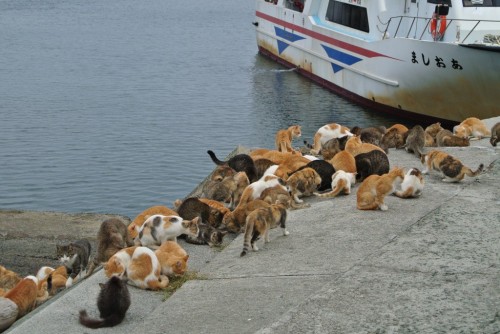 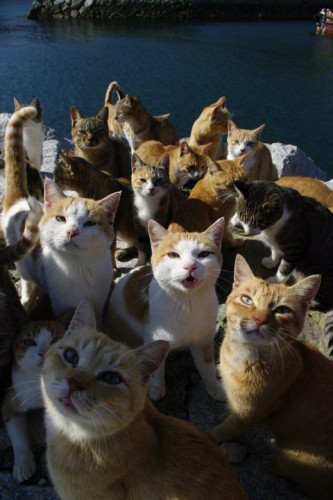 The cutest moment, ever!

To spend a few hours in the company of these affectionate and especially greedy kittens, just take the boat from the Nagahama Port, located just 2 minutes walk from Iyo-Nagahama Station. On the island, there are some rules to follow: 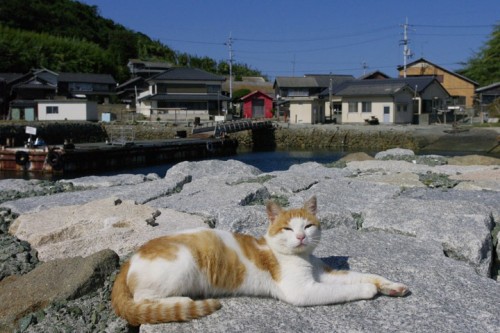 Aoshima is easily accessible by boat from Nagahama Port, taking about 35 minutes and operating twice a day.

There are few spots on the boat, so you have to arrive early to be sure you can board. The boat can also be canceled according to the weather conditions. Also, plan to get something before boarding the boat as there are no shops on the island. 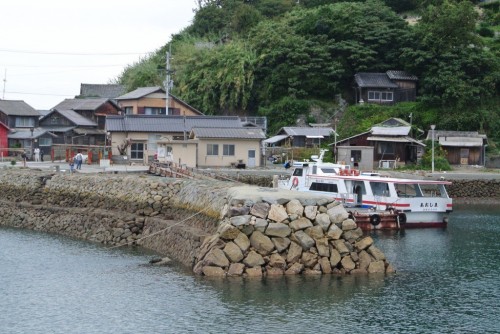 Ozu’s last, unfortable landscape of our trip was Hijikawa Arashi, another natural phenomenon visible in Nagahama facing in the Seto Inland Sea, in the northern part of Ozu. In winter, the Ozu Basin is often covered by a thick morning mist formed by differences in temperature and pressure between the sea and the mountains. From October to March, the mist is driven from the plain towards the sea by the wind Hijikawa Arashi, which creates the magnificent spectacle of a sea of ​​moving clouds! 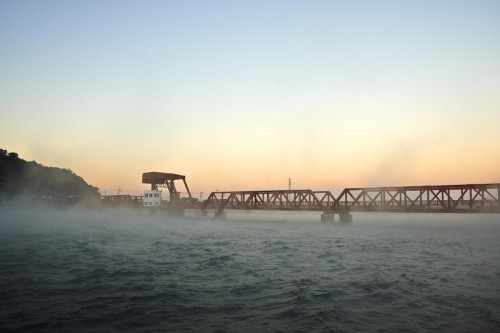 The morning mist on the Hijikawa River. 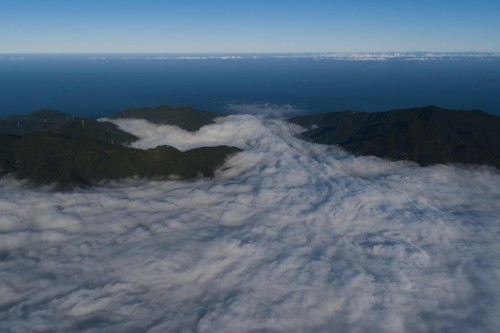 This Ozu landscape can be best seen from the observation deck at Hijikawa-arashi-tenbo Park in Nagahama, which overlooks the Hijikawa River. Here too, it will be necessary to get up early to catch a glimpse! 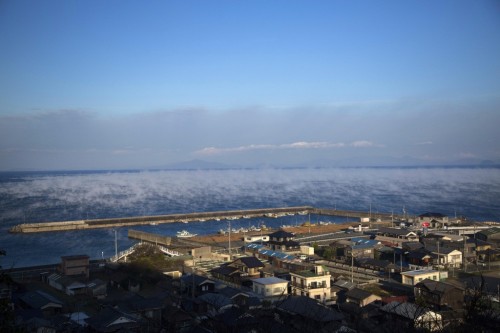 The mist on the Seto Inland Sea. 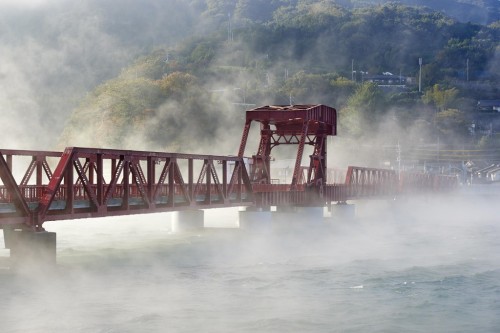